Role of Family in Juvenile Delinquency 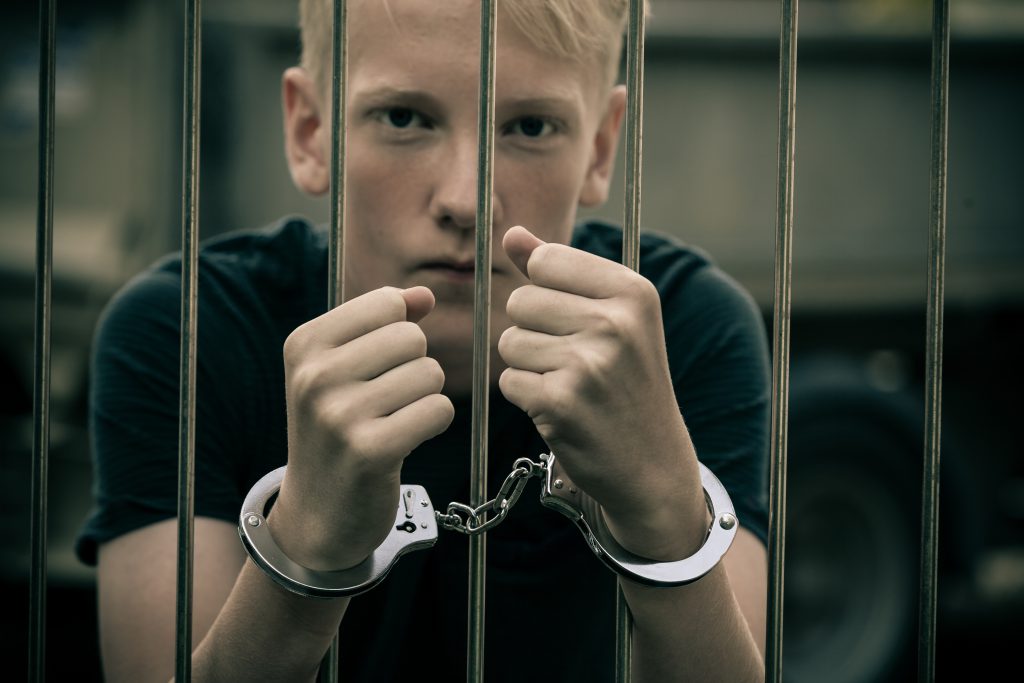 John Locke's famous tabula rasa theory states- at birth, our mind is a blank sheet of paper; a human being, having been born with the capability to become anything or anyone, is solely the product of upbringing and experiences. So when children get derailed or commit any mistake, our culture deems their guardians as the perpetrators of those wrongdoings. In most cases, the blame game directs to the fundamental attribute of a child's upbringing- family. But is the family accountable for juvenile delinquency?

Let's first delve into what precisely juvenile delinquency is. Juvenile delinquency, also known as "juvenile offending," refers to the indulgence of a juvenile- a child or a young person under the specified legal age, in wrongdoing or illegal activity. The problem is universal, having no relations to a specific religion or culture. Each state has a separate legal system dealing with juveniles who break the laws.

Recently, juvenile crime rates are tremendously increasing. If we discuss in context of India primarily, as per the latest ‘Crime in India’ report published by NCRB for the year 2019, a total of 32,235 crimes committed by juveniles were reported in 2019. In 2018, it was 31519. Majority of the crimes committed by juveniles were offences affecting the human body and property. During the 2020 lockdown, the Delhi Police’s half-yearly statistics show that in the last six months around 325 juveniles have been apprehended for heinous crimes, and 1,014 for non-heinous crimes. Hence, to control these terrifying figures, as stated above, we have to deduce various reasons that might be responsible for higher rates of juvenile delinquency.

The family background as per NCRB report is the set up in which a juvenile was living. While almost 85% of the apprehended juveniles lived with their parents, 9% lived with guardians and only 6% were homeless. This prompted us to analyse and trace one of the prime psychological reasons that often contributes to the indulgence of juveniles in heinous crimes - family.

Primarily, dysfunctional families are often associated with juvenile delinquency. A dysfunctional family daily deals with conflicts, lousy parenting, woefully inadequate parental control, weak internal linkages and integration, and premature autonomy. These all have a pessimistic impact on a child's mental peace. At times, they are often agitated while having little control over their emotions and thoughts. Consequently, they are less emotionally stable than children belonging to better parenting and a warm familial atmosphere.

Furthermore, in families where either one or both parents are engaged in any criminal or unlawful activity, demonstrate a lack of respect for the law and social norms, or imbibe conflicts and all forms of domestic violence, the probability of a juvenile becoming a delinquent is exceptionally high. When the older broods start engaging in criminal activities, the problem becomes more severe for the younger kids. For instance, parents who are indulged in the illegal business of drug trafficking are less likely to spend a good time shaping their children's behavior or looking after regular activities. Teenagers are left to be taken care of by their caretakers. Being great learners, they start emulating the skills and habits they observe their parents indulged in at an early age. Even children who see their parents disregard the law and social norms of the country may imbibe the same attitude. Hence, a child raised in such a family may develop a mental state that accepts criminality as a way of life.

Moving further to the scenario of those families where parents consider physical exchange like violence to solve differences or problems, teenagers are often taught the lesson that "using violence" is probably the best way of settling disagreements in this world. Instead of compelling them to be calm and compassionate people during a discourse, such an atmosphere encourages violent behavior among the kids. Moreover, according to studies, more than half of the juveniles who act violently were raised in families where either the father or mother reacted aggressively whenever provoked. Peace is crucial for integration to prevail in a family, and where there is violence, peace cannot exist.

Moreover, another prime psychological reason, as discovered by Jenkins, is parental rejection. As per the findings, a child rejected or neglected by their parents has a detrimental impact on the child's development and conscience's growth. He further claims that aggression in kids is an outcome of inadequate conscience consolidated with the feelings of animosity exerted from being rejected. Suppose a neglected or abandoned child does not receive love and affection, as well as adequate supervision and guidance at home. In that case, he will frequently turn to deviant groups outside of the family. The research conducted has deduced that the mutual rejection of parent and child has a significant impact on family relationships and can eventually lead to delinquent behavior. Even Andry asserted that delinquents receive less parental care and love both in quality and quantity if being compared to non-delinquent.

Last but not least, the vital factor that acts as rubbing salt in the delinquent's wound is the family's economic condition. The incapability of a family to provide for the child's material needs can create insecurity and affect the amount of control that the family has over the child. Eventually, the child strives for tangible support and protection outside of the home.

Hence, all the above reasons justify that a family —responsible for a child's upbringing and what they learn at a tender age—plays an imperative role in juvenile delinquency. To keep children from committing crimes, society should come to their aid if they're unable to meet basic needs. In addition, encouraging social cohesion can be quite beneficial in reducing juvenile delinquency. Moreover, as a family, it is important to set aside some time from busy schedules to spend it together, especially when children are at young age. This might shield them from engaging in any criminal behaviour.