A plea for equal adoption rights! 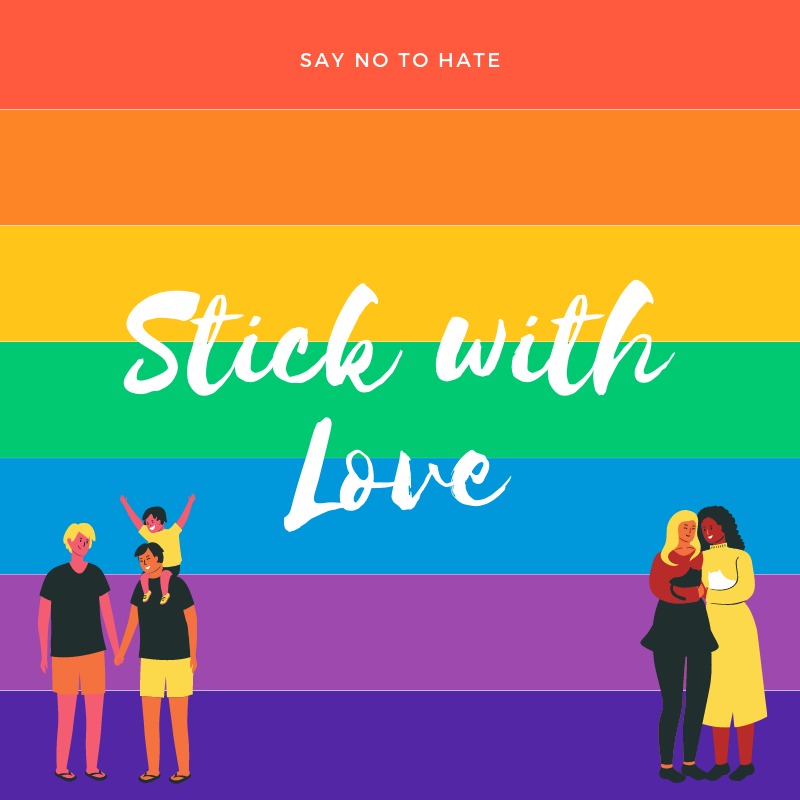 According to UNICEF (the United Nations Children’s Emergency Fund), there are roughly 153 million orphans worldwide.

"Too many children in foster care are falling through cracks. Be a hero, take the time to learn about adoption today." ~ Bruce Willis

Of course this doesn't mean you should go and adopt a child, instead you must know what's been happening in our world and then form your own outlook on the same.

I am sure you already know about LGBT PRIDE MONTH (Pride lent its name to LGBT-themed organizations, institutes and foundations. LGBT pride is the promotion of the self-affirmation, dignity, equality and increased visibility of LGBT people as a social group) and LGBT HISTORY MONTH (it is an annually celebrated month-long observance of lesbian, gay, bisexual and transgender history, and the history of the gay rights and related civil rights movements. As of 2020, it is specific to Hungary, the United States, the United Kingdom, Canada, Australia, Brazil, Greenland, and the city of Berlin.) The point here is why do we have these months for LGBT COMMUNITY and not for "straights"? Is it because we are normal and they aren't? No! Definitely no! One's sexual orientation doesn't get to decide what’s ‘normal’. Think like this - how would you feel when you are constantly treated like an abomination for things you can't even choose and regularly told how you were supposed to be different than who you are? Well, this has been the life of people belonging to the LGBT COMMUNITY in our world for centuries. Even today in our country there remains a significant amount of homophobia with around half of Indians objecting same-sex relationships. According to a 2018 survey, a third of Indian gay men were married to women who were unaware that they are secretly gay. Nonetheless, nobody should forget SC's historic verdict which decriminalises Section 377 even though many legal protections have not been provided for including anti-discrimination laws and same-sex marriage.

Section 377 of the Indian Penal Code makes sexual activities "against the order of nature" illegal. On 6 September 2018, the Supreme Court of India ruled that the application of Section 377 to consensual homosexual sex between adults was unconstitutional, "irrational, indefensible and manifestly arbitrary", but that Section 377 remains in force relating to sex with minors, non-consensual sexual acts and bestiality. With this, India saw a new ray of hope, thanks to the leading ladies - advocates Menaka Guruswamy (44) and Arundhati Katju (36) - who argued against the discrimination and violence that the LGBTQ community faced every day.

Now let's talk about LGBT ADOPTION. It is the adoption of children by lesbian, gay, bisexual, transgender (LGBT+) people. This may be in the form of -

Joint adoption is legal in nearly 27 countries and step-child adoption for same-sex couples in 5 countries.

As calculated “An estimated two million LGBT people are interested in adopting.”

Going around the globe, adoption by LGBT individuals or same-sex couples is legal in all fifty states of USA. In Australia, same-sex adoption is legal in all states and territories. There are some other countries too which legalised same-sex adoption in some way. But LGBT rights for adoption of children in Asia are almost nonexistent, except in Israel. Talking about our own country, same-sex marriages are not legally recognised in India nor are they offered limited rights. Transgender women may marry under the Hindu Marriage Act, 1955. Adoption by single LGBT people is recognized but not by same-sex couples.

Now the question to the system and opponents of LGBT ADOPTION is, What if single LGBT people don't want to take this responsibility alone instead with same sex partner as a married couple? And if what they want is wrong then how come straights get to do that? There might be a lot of arguments and pleas to understand different perspectives on one subject and respect each one of them but when one of them is directed against humanity and is an undignified cause of oppression then what?

1. You call same sex marriages unnatural because they can't reproduce. Reproduction is not the only factor that defines what is normal. There might be a lot of straight men and women too who cannot reproduce. And if they are ready to adopt a child that was initially abandonded by “straight” parents due to any reason, then what is the harm?

They are ready to love and provide a meaningful life to the child. And we are depriving the child of that kind of life all because of some ingrained prejudices.

2. Another argument is of the child's psychological well-being in one "dysfunctional"(according to the society) family and that LGBT parenting adversely affects children. However, sexual orientation of the parents has almost no relevance when it comes to raising a child. Accordingly_

"There is no reliable evidence that homosexual orientation impairs psychological functioning. Second, beliefs that same sex parents are not fit parents have no empirical foundation."

"Scientific research consistently shows that same sex parents are as fit and capable as heterosexual parents, and their children are as psychologically healthy and well-adjusted as those reared by the latter."

There is certainly a theory for everything. But who are we to deny someone human rights? Any person with any kind of sexual orientation should be allowed to decide their family. They gets to choose whether they’d like to have kids or not, if yes then how. Otherwise, this constant persecution and suppression could adversely affect LGBT individual's mental health and cause severe depression, anxiety and also induce suicidal tendencies.

In early 2018, a same-sex couple committed suicide and left a note reading:

"The world did not allow us to stay together."

In our country, despite constitutional interpretations, no explicit law has been enacted to ban discrimination on the basis of both sexual orientation and gender identity.

"People think that LGBTs adopting children will hurt them, but it's not being in loving homes that hurts children most."