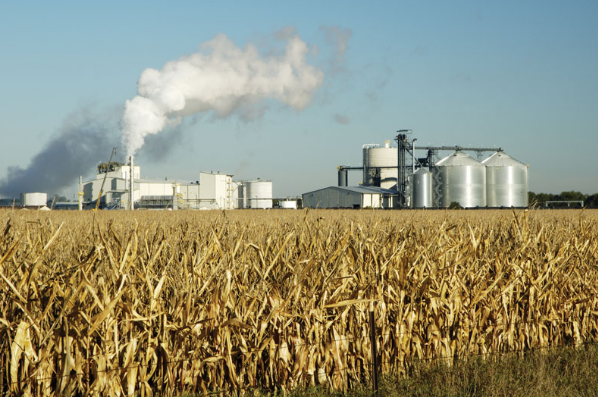 Biofuels are increasingly attracting attention from companies that seek to reduce their carbon dioxide emissions and dependency on fossil fuels. There are various crops used as biofuels around the world such as sugarcane, palm (oil), soy and corn. The idea of using biofuels from renewable sources is attractive as biofuels could help reduce greenhouse gas emissions and our dependency on fossil fuels. However, a new study which looked at the full life-cycle of biofuels shows that, depending on the type and source of biofuel, the benefits and environmental impacts can vary considerably. In fact, the results highlight differences that could help inform policymakers considering tax-breaks for renewable fuels.

Biofuels are currently the most important form of renewable energy in road transportation, but the debate over their environmental impact is ongoing. Some argue that when cultivation, including deforestation and soil acidification, is taken into account, biofuels consume more energy than they produce.

Researchers from the Swiss Federal Institute for Materials Science and Technology have provided, for the first time, a complete picture of the environmental costs and benefits of 26 different biofuels, which could help resolve this debate. The study analysed the full life-cycle of each of the 26 fuels, from crop cultivation, to waste substance and consumption as fuel. It provides a detailed comparison of the environmental impacts of petrol, diesel and natural gas with different biofuels from a wide variety of crops. The damaging effects of each biofuel were calculated using two different criteria: greenhouse-gas emissions relative to gasoline, and overall environmental impact (including natural resource depletion, damage to human health and ecosystems).

The authors found that most (21 out of 26) biofuels reduce greenhouse emissions by 30 per cent compared with than fossil fuels. However, nearly half of the biofuels have greater environmental costs than petrol. These all had low reductions in greenhouse gas emissions and high negative environmental impact. This study thus proves that we must be selective about which biofuel crops we choose to use. Not all biofuels are eco-friendly; a majority actually do more harm than good to the environment.

Biofuels are produced from plants, and the cultivation of these plants requires a lot of capital and resource investment. Water, fertilizer, pesticide etc. are required for the growth of these plants and when these costs are taken into consideration, the environmental impact of most biofuels turns out to be more then petroleum.

But biofuels are really like two sides of the same coin. They have several advantages and disadvantages to their name as depicted below:

Cost benefit: They are a cheap substitute for regular fuel.

Easy to Source: They can be made easily from manure and waste crops.

Renewable: They are obtained from plants that can be grown again and again.

Use of Fertilizers: The use of fertilizers pollutes nearby water bodies and degrades soil quality.

Shortage of Food: The land that could have been used to grow food crops is used to grow crops for biofuel instead.

Industrial Pollution: The production of biofuel requires a lot of water and oil, which contribute to industrial sewage that ultimately flows into rivers.

A huge amount of water is used

Biofuel is clearly not an efficient fuel and will become quite expensive in the near future.

So, is that the end? Is there no way in which we can reduce carbon dioxide emissions from these fuels? There are several alternate fuels that one can resort to.

1.     Alcohol fuels like methanol and ethanol fuel are primary sources of energy; they are convenient fuels for storing and transporting energy. These alcohols can be used in internal combustion engines as alternative fuels.

2.    Ammonia can be used as fuel. Benefits of ammonia include no need for oil, zero emissions, low cost, and distributed production reducing transport and related pollution.

3.    Carbon neutral fuel is synthetic fuel—such as methane, gasoline, diesel fuel or jet fuel—produced from renewable or nuclear energy used to hydrogenate waste carbon dioxide recycled from power plant flue exhaust gas or derived from carbolic acid in seawater. Such fuels are potentially carbon neutral because they do not result in a net increase in atmospheric greenhouse gases.

4.    Hydrogen is an emissionless fuel.

5.    The air engine is an emission-free piston engine using compressed air as fuel. Unlike hydrogen, compressed air is about one-tenth as expensive as fossil fuel, making it an economically attractive alternative fuel.

Biofuels represent a debate that has been deliberated by scientists, economists, and environmental conservationists for quite a while now. It is clear that unlike popular perception, biofuels are not extremely beneficial for the environment. Just like there are pros and cons to everything, biofuels have their own set of merits and demerits. It is up to us to decide what we believe in once all the facts are presented before us. There are several ways in which the usage of biofuels can be avoided. All it needs is a little initiative and effort from our side.