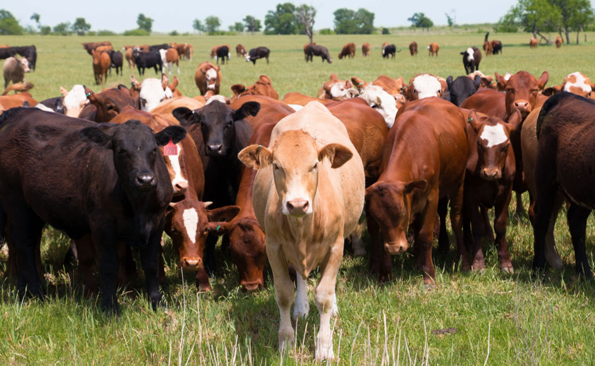 According to the UN, by the year 2050, the human population is expected to be 9.6 billion. Will the planet will be able to host such a large population? Will we be able to feed the new population?

This would take a huge toll on the environment and the natural resources such as air, water and forests which would, in turn, have huge repercussions on the ecosystem and biodiversity of the planet.

The conversion of forests into agricultural land and livestock ranches is one of the major causes of deforestation. The heart-wrenching fact is that about two acres of rainforests are cleared every second for animal rearing and agriculture.

Forests are the natural habitat of more than 70 per cent of the world’s plant and animal species. Many species of animals and plants are becoming extinct, or are on the brink of extinction because of deforestation. The rapid rate at which trees are being cut down can harm communities that depend on forests for their livelihood.

Water is another natural resource that is being depleted rapidly.

The UNEP confirms that about 92 per cent of the fresh water is used for farming purposes, and 1/3rd of it is used for rearing livestock and manufacturing animal products. Livestock farming creates an unimaginable large carbon footprint.

In fact, economists and environmental conservationists predict that to feed the increasing population, the global livestock produce would have to increase by atleast 70% by the year 2050. Often criticised for being cruel and inhumane, livestock farming is also hugely detrimental to the environment as one of the leading causes of deforestation, biodiversity loss and water pollution. Livestock production is the largest methane source emitter in the world. In fact, animal agriculture is responsible for more greenhouse gases than all the world’s transportation systems combined.

Moreover, the livestock sector is the world’s largest user of agricultural land, through grazing and the use of feed crops. It is also the leading cause of deforestation and rainforest destruction.

The government of India has recognised the gravity of the situation and thus, the National Livestock Mission (NLM)was launched in financial year 2014-15 and it seeks to ensure quantitative and qualitative improvement in livestock production systems and capacity building of all stakeholders. It focuses on the sustainable growth and development of the livestock sector, including poultry.

So, do we sit and wait for the whole system to collapse? Of course not. Here’s what we can do:

1.     We can start by restoring the forest landscape which can help reverse some of the ill-effects of deforestation. The process includes multiple activities like erosion control agroforestry and forest regeneration by natural means.

2.     Cutting down on the consumption of dairy, meat and eggs, and going vegan is a great option — it will help reduce your carbon footprint and lower the negative effects of your diet on the environment.As a matter of fact, having less or no fat can also lower the risk of many diseases, including heart attacks, strokes, diabetes and several types of cancer.

Livestock farming is one of the most dangerous threats to our planet, mostly because it remains an issue that most people are unaware of. However, the solution to this problem lies in the hands of each individual. If each of us gradually cuts back on our dairy and meat consumption, it would eventually reduce the demand for such products and ultimately, less forest areas would be cleared to feed the growing human population.