Concrete: The Most Destructive Material on Earth 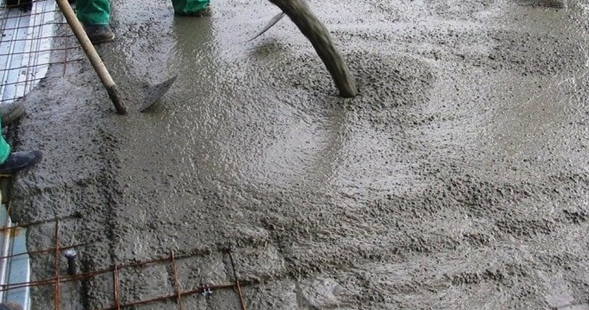 In the time it takes you to read this sentence, the global building industry will have poured more than 19,000 bathtubs of concrete. This is the enormity of the concrete industry of the world. Being one of the most widely used substances in the world, second only to water, it has become an all-pervasive presence in our lives. But its environmental impact is hard to fathom. If the cement industry were a country, it would be the third largest carbon dioxide emitter in the world with up to 2.8 billion tonnes, surpassed only by China and the US.

The material is the foundation of modern development, putting roofs over the heads of billions, fortifying our defences against natural disaster and providing a structure for healthcare, education, transport, energy and industry. Basically, concrete is how we try to tame nature. Our slabs protect us from the elements. They keep the rain from our heads, the cold from our bones and the mud from our feet.

But concrete also entombs vast tracts of fertile soil, constipates rivers, chokes habitats and – acting as a rock-hard second skin – desensitises us from what is happening outside our urban fortresses. To sum it up, our blue and green world is becoming greyer by the second.

2.    Surface Runoff: Surface runoff can cause severe soil erosion and flooding. Urban runoff tends to pick up gasoline, motor oil, heavy metals, trash and other pollutants from sidewalks, roadways and parking lots. Without attenuation, the impervious cover in a typical urban area limits groundwater percolation and causes five times the amount of runoff generated by a typical woodland of the same size. In fact, surface runoff is on of the leading causes in the world for water quality problems.

3.    Urban heat: Concrete is the primary contributor to what is known as the urban heat island effect. It is predicted that the urban population is going to rise significantly over the next decade, resulting in an increase in concretised buildings and surfaces. As a result, paved surfaces represent a major concern because of the additional energy consumption and air pollution they cause.

4.    Concrete dust: Building demolition and natural disasters such as earthquakes often release a large amount of concrete dust into the local atmosphere. Concrete dust is often cited to be the major source of dangerous air pollution following a natural catastrophe.

5.    Toxic and radioactive contamination: The presence of some substances in concrete can cause health concerns. Natural radioactive elements can be present in various concentration in concrete dwellings, depending on the source of the raw materials used. Toxic substances may also be unintentionally used as the result of contamination from a nuclear accident. Thus, dust from rubble or broken concrete upon demolition or crumbling may cause serious health concerns depending also on what had been incorporated in the concrete.

However, all is not lost yet. There are several ways in which the disastrous impact of concrete can be reduced. Concrete recycling is an increasingly common method of disposing of concrete structures. Concrete debris was once routinely shipped to landfills for disposal, but recycling is increasing due to improved environmental awareness, governmental laws and economic benefits. Another approach has been the partial replacement of conventional concrete with such alternatives as fly ash, bottom ash, and slag, all of which are by-products of other industries that would otherwise end up in landfills. The road construction and maintenance industry consumes tonnes of carbon intensive concrete every day to secure road-side and urban infrastructure. As populations grow this infrastructure is becoming increasingly vulnerable to impact from vehicles. A major development in the infrastructure industry involves the use of recycled petroleum waste to protect the concrete from damage and enable infrastructure to become dynamic, able to be easily maintained and updated without disturbance to the existing foundations. This simple innovation preserves the foundations for the entire lifespan of a development.

The Indian government has realised the gravity of the situation and the country’s first plant that recycles construction waste was set up in Delhi in 2014. It has already saved the already-polluted Yamuna and the overflowing landfills of Delhi from 15.4 lakh tonnes of debris. Although it was a great initiative by the government, the Ministry of Urban Development had directed states to set-up such facilities in all cities with a population of over 10 lakhs. But, till now, the existing facility in Burari, Delhi is the only one. The government clearly needs to step up its game to ensure that more such facilities come up in various metropolitan cities across India.

It is indeed true that concrete production and usage has had a catastrophic impact on our environment, but with the coordinated efforts of industries, the government, and individuals like us, we can definitely find a sustainable method of growth and development.