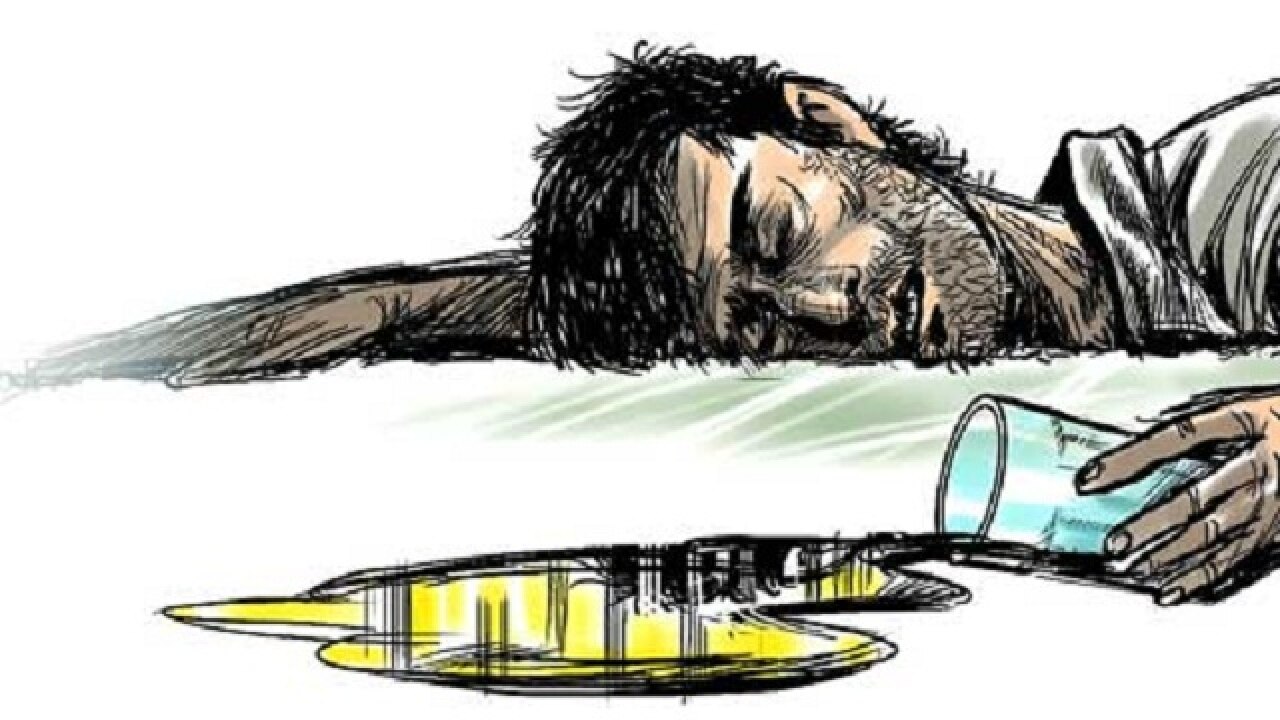 More or less, every film gives statutory warning ⚠️ in the beginning of their film, but they also portray an artist drinking or smoking! Isn’t that an Irony? Aren’t they promoting harmful habits to people?

‘Hooch’ is a term used for Spurious alcoholic beverages. The word Hooch came from ‘Hoochinoo’ which is the name of some Alaskan Indian people who used to make liquor. Consumption of such illicitly brewed liquors gives rise to unfortunate deaths. Cases of “Hooch poisoning” are very common nowadays and have been reported in different parts of India. Some major cases of outbreaks are like:

• In 2011, West Bengal, a hooch tragedy in Sangrampur had claimed deaths of 172 people.

• In January 2019, UP and Uttarakhand, nearly 95 people died due to hooch poisoning

• In February 2019, Assam, 250 people died due to consumption of poisonous liquor.

But recently the case of Punjab toxic liquor tragedy had exposed the bootleggers of Hooch trading. More than 100 people were killed by the poisonous alcohol. According to a report by English Jagaran, 63 deaths were reported from Tarn Taran district, 12 in Amritsar and 11 in Gurdaspur. The first deaths were reported in Amritsar’s Muchhal village on the evening of 29th of July 2020. According to that same report, Director General of Police Dinkar Gupta said, the raiding parties seized large quantities of ‘lahan’ (raw material for making liquor) from various villages and ‘dhabas’ in the region around the Shambhu border, Rajpura and Patiala.

What is illicit liquor?

Spurious liquors include illicit liquor and denatured alcohol. Illicit liquor are those un-authorized preparation which are not fit for human consumption and not complying with the BIS(Bureau of Indian Standards) standards. Denatured alcohol are those preparations which are prepared for industrial uses and is rendered entirely unfit for human consumption by adding denaturants. The most common denaturants used like Benzene, Methanol, Ethyl ether, Acetone, Camphor, Isopropanol, Colchicine, blue dye, Chloroform, organo-phosphate, light caoutchoucine either alone or in combination.

Alcoholic beverages are made by fermentation of sugary and starchy substances and then distilled to increase alcohol concentration. In them, the active ingredient is Ethyl Alcohol or Ethanol. But in illicit brewed preparations, under unregulated circumstances, bootleggers adultered with the above mentioned denaturants. Among them Methyl Alcohol (Methanol) is a commonly used adulterant because of its appearance and taste similar to ethyl alcohol and it’s easy availability.

Liquor prepared locally from coco-palm, rice, molasses or jaggery, mahuva, etc., are sometimes fortified with industrial alcohol to increase the alcohol concentration or to meet the demand. Consumption of such liquor also causes poisoning tragedies if it is mixed with methyl alcohol.

On consumption, methanol is changed into formic acid inside the body. The accumulation of formic acid in the body adversely affects various organ systems. Methanol poisoning can result in death within few hours if not treated immediately or may be delayed for 3-4 days. Initial symptoms of methanol poisoning may appear within 12 hours of consumption and continue to develop up to 24 hours. Some symptoms including:

i. Drowsiness, confusion and neuro-muscular incoordination.

x. Loss of vision and blindness.

The potentially lethal dose of methanol is variable, minimum fatal dose reported is 30 ml. and permanent blindness has been reported even with 6-10 ml. of methanol.

Reasons for death of Hooch Victims

• Delay in getting proper medical treatment promptly. The victim starts experimenting with homemade remedies and seeks treatment only when condition becomes worse. This results in increased death rate or damage of the organs.

• Patients and relatives are hesitant in disclosing the real facts about consumption of liquor due to its corollary like fear of police action.

• Medical doctors are unable to recognize the hooch episode in the beginning and hence, proper treatment regime is not decided.

• Delay in hemodialysis of the victim also results in causalities.

Why Hooch trading is very widespread?

There are various reasons behind why use of illicit liquor is so widespread. Some reasons are:

• Legal alcohol is taxed heavily making it unaffordable for the poor and habitual drinkers.

• Price of illicit liquor is very low due to its low-cost production and no taxation, making it favorite alcoholic beverage for lower strata.

• Illicit liquor preparation and sale of such liquor earns a huge profit to the main bootleggers. Thus, they risk going to jail for short terms or paying officials to avoid being caught.

• Lack of education unawareness about the evil effects of illicit liquor.

• Present laws for prohibition are very liberal, lenient and the quantum of punishment is very minor, with exception of states that made changes recently.

• Law enforcement—Their should be stringent provisions in the law for such crimes. The laws should make the crime as non-bailable offense. Local intelligence should infiltrate themselves in this matter. Surprise raids by the excise department should be conducted to confiscate illicit liquor periodically.

• Social awareness--- Public education must be done about the harm caused by such poisonous liquor. NGOs, media and civil society can play a constructive role.

• Effective police action and speedy justice against bootleggers will discourage them and other such people from getting into this again.

Prevention is better than prohibition. Banning of alcohol completely is not the steady solution as it may further increase smuggling and bootleg. Effective law with proper implementation and social awareness of the vulnerable are the most required measures can be taken for the long term effect which can bring the same at par with regulated liquor.