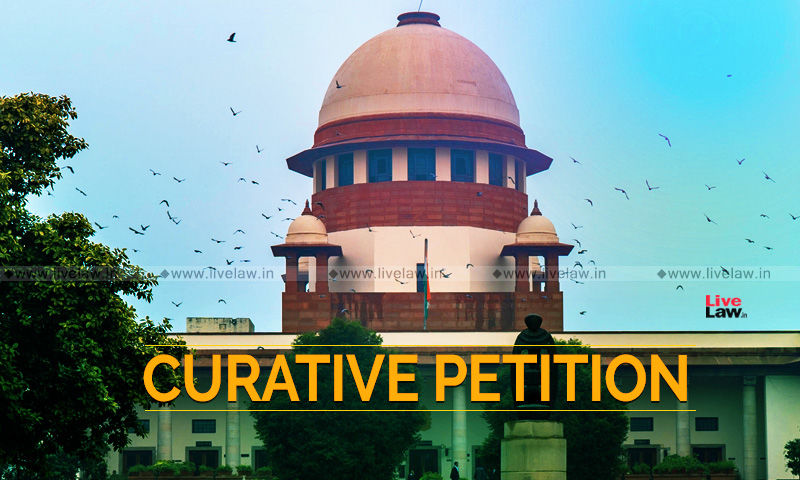 The concept of curative petition was evolved in 2002 in the case of Rupa Ashok Hurra vs. Ashok Hurra by the Supreme Court of India so that the justice is provided to the accused and he may get the final chance to get some relief in his punishment.

Although instructed by the Supreme Court of India that curative petition must be filed under rare circumstances, there have been a number of cases where curative petition has been filed by the accused. In most of such cases, the Supreme Court has rejected this petition and has kept its decision unchanged. The court clearly mentioned that such kind of petition must be rare instead of regular and to ensure it, court in its guidelines to file the petition state that to file such a petition a gross violation of a principle of natural justice by the court needs to be proved by the contending party.

Let us take example of Nirbhaya Case where after filing mercy petition and review petition, two of the accused filed curative petition. Was this really justified? Absolutely not, the accused did so not because they felt that there was some mistake in the decision of Supreme Court but they did so in order to save their life in any way. They were just exploring all the options so that can find a medium to escape death penalty.

Here the question arises that does the provision of curative petition practically needed when already the options of mercy petition and review petition are available.

According to us, there is no practical use of curative petition. When the court has provided truly fair justice and still if the accused feel that there is miscarriage of justice he/she can file review petition then what is the basis of filing curative petition. Isn’t it the wastage of the precious time of courts? In this provision, the rights of the accused are granted more importance than the rights of the victim. The victim has the right to get justice as soon as possible but again and again filing petitions by the accused results in delaying justice. Sometimes this kind of filing petition again and again done by accused just intentionally. When a crime of the accused is proved and he is assured to be a criminal then why our law provides more importance to the rights of a criminal than the victim? If it is done just for the sake of humanity and to prove the fair justice providing nature of courts, then the provision of filing curative petition should be banned. This provision is not really needed. Mercy petition is the last resort of a person when all the remedies available to him/ her under the prevailing laws and the constitution are exhausted. The petition will be treated on mercy and not on the legality of the case. For seeking mercy petition, death sentence by a trial court must be confirmed by the high court. Then convict has an option to appeal to Supreme court.

Giving a fair chance to the accused so that he can request the court to review its judgment if he is not satisfied with that is fine but that should only be limited to review petition. Why to extend it to the curative petition when it is known that there is 90% probability of the decision to remain unchanged. By this provision of curative petition are we not taking the examination of patience of the victim? According to us, the answer is yes. Therefore, it can be concluded that Just to prove fairness of courts justice cannot be and should not be delayed to the victim and the provision of curative petition should be removed.