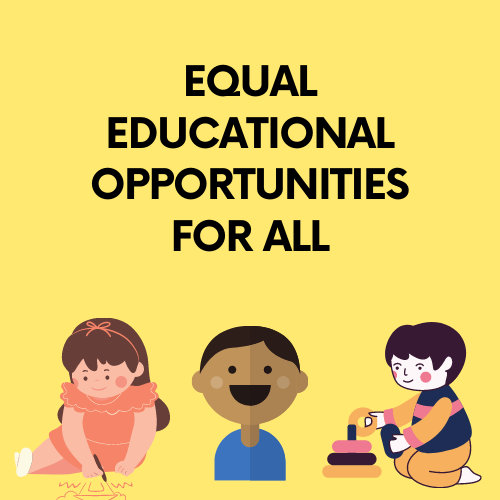 If you think life with education is expensive, then you cannot even begin to imagine the expenses of a life without education. Education is directly related to the development of an individual as well as the whole community. It is considered as a key factor for social salvation. For the weaker sections of the society or under-privileged groups, education has a pivot role. For centuries, the illiteracy and social backwardness of such communities have been used for their harassment, humiliation, and economic exploitation. “Education is the movement from darkness to light”. This delightful quote by Allan Bloom highlights the problem of education of the under-privileged groups and general population; both differ qualitatively and quantitatively. The literacy rate for general population in India (52.21%), according to the 1991 census, was 15% to 23%, which is comparatively higher than that of SCs, STs, and OBCs.

If we glance at the history of our Constitution, it has made several provisions and amendments that are helpful for ensuring social equity and human rights. After independence, three major committees were set up. Radha Krishnan Education Commission (1948) deals with the whole school education system while the Kothari Commission has given a comprehensive vision of equalisation of educational opportunity. Besides these various commissions and National Policy of Education, the five years plans also made several provisions, programmes, and schemes to facilitate and promote education of the schedule castes.

In our country, the schedule castes have suffered from various kinds of deprivation, biases, and pre-conceived notions for a long time. They been exploited in the form of bonded labours, daily wage workers, etc. The continuance of the educational backwardness of scheduled castes is due to many factors like poverty, physical and social segregation, lack of access to schools, etc. Scheduled castes have historically suffered social disadvantages and economic deprivation arising out of social context. Several policies have been made for educational development of the scheduled castes. Add to this three commissions and the National Policy of Education, the Revised Policy Formulation and Programme of Action (POA, 1992). After the introduction of POA, the National Curriculum Framework (2005) emphasised on addressing the disadvantages in education due to gender, caste, language, culture, and religion. Programmes like Sarva Shiksha Abhiyan (SSA) and Rashtriya Madhyamik Shiksha Abhiyan (RMSA) are two major programmes of education by the Ministry of Human Resource Development, Government of India. Even then, the educational progress of scheduled caste is inadequate.

India has been portrayed as the country with the second largest tribal population in the world. It is rather ironical that the poorest people of India are living in the areas with the richest natural resources. According to the2011 census, the tribal people constitute 8.2% of the total population. India is rapidly moving towards inclusive growth but the under-privileged communities’ still lack education. The Dhebar Commission has been identified to look over the problems of lack of education amongst the tribal communities. This commission has paved the way for the making of broader policies for tribal education. Education is an important avenue for upgrading the economic and social status of a person in the society. In case of scheduled tribes, the government has to still do a lot for the improvement in the education system. The existing Sarva Siksha Abhiyan is the programme initiate for the development of education system of scheduled castes. More priority and sector wise plans must be prepared and implemented for the betterment of the scheduled tribes or tribal children.

The Right to Education (2009) proposed to provide free and compulsory education for children between the ages of 6 to 14 years. Reservation of 25% seats for the EWS have also been mandated by Indian government in private unaided schools. It is a major step to bridge the gap between the quality of education offered by the government and private players.

We know the problems and we know the solutions to most of them. In many cases, we also know how to implement. The moral courage to start the implementation process is what is lacking. Education is indeed an act of faith and social engineering, but not quick-fix engineering. Further, merely formulating the policies and programmes is not enough. It is also important to evolve strategies to neutralise the ideological, structural, and familial impediments so that the education facilities are fully utilised.