Environmental Problems that Batteries Cause. 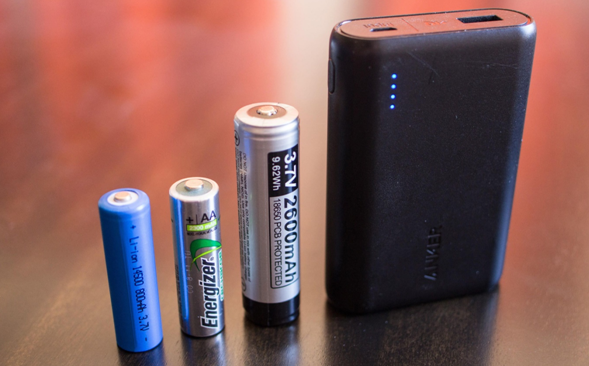 Batteries are an essential part of our lives. We’ve grown so dependent on them for almost everything – from mobile phones, cars, remote controls, watches, laptops, and anything else in between. Pretty much anything portable that requires power to work makes use of batteries. The path that we are walking on is seemingly that of a wireless world. A world that’s connected by technologies that need batteries. As more and more are produced, the higher the environmental impact they create.

Impact on the Environment

1.     Air Pollution: Batteries undergo a photochemical reaction as they decompose in landfills. This causes emissions of greenhouse gases. The greenhouse effect results in global warming and consequently, climate change.

2.    Water Pollution: The harmful chemicals found in batteries can also find their way into the local water supply, killing plants and animals which negatively affect the ecosystems of streams, lakes, and rivers.  Ultimately, the health of people who drink contaminated water and eat fish from these water sources is also at risk.

3.    Soil Pollution:Most batteries end up in landfills instead of being recycled or disposed ofproperly. The danger lies in the fact that these batteries contain toxic chemicals that are absorbed by the soil. Once they leak into the surrounding areas, they deteriorate the soil quality tremendously.

1.     Lead: Lead can be absorbed into the body through inhalation and ingestion, both of which are equally dangerous. People can become exposed to leadthrough occupational and environmental sources. For example, people working in the manufacture of batteries are prone to lead dust inhalation and ingestion. The areas surrounding a landfill where batteries are thrown are also sources of lead. Excessive exposure to it can cause memory loss and decrease the ability to concentrate; it can even harm the reproductive system.

2.    Sulphuric acid: Found in lead-acid batteries, sulfuric acid is highly corrosive. It can cause permanent blindness if it comes into contact with your eyes. Ingestion of this acid can fatally damage internal organs.

3.    Cadmium: This is used in nickel-cadmium batteries and is considered to be even more harmful than lead when ingested. In fact, cadmium has been classified as a carcinogen to humans.  It can be absorbed through the skin by touching a battery that has split open and leaked. When these batteries end up in landfills, they can contaminate the soil and the surrounding areas. Eating crops that were grown from cadmium-contaminated soil can damage or destroy the kidneys.

Clearly, batteries are detrimental to both humans and the environment. But there are ways in which we can soften their catastrophic effects.

1.     We must reduce battery usage as much a possible by using mains electricity as a power source if possible and by considering non-battery alternatives. For example, when buying toys for children, we can choose non-battery playthings.

2.    We must use rechargeable batteries as much as possible. Most of them can be charged up to 1000 times when appropriately used. That means that we won’t be throwing as many of them away compared to using single-use ones. Moreover, we can also save money in the long run.

3.    We must try to recycle batteries as much as possible. This will prevent them from reaching our landfills.

The Indian government too, has taken several milestone steps to reduce the environmental dangers of batteries. The government, on May 25, 2000, notified the draft of the Battery (Management and Handling) Rules under the Environment Protection Act of 1986.

The rules fix up responsibilities for manufacturers, importers, assemblers, and consumers of lead acid batteries. Under the rules, it will be the responsibility of each of them, barring the consumer, to ensure that the number of used batteries collected is equal to the number of new batteries sold. They will be required to file returns, set up collection centres and ensure that collected batteries are sent to authorised recyclers, only in absence of an in-house facility. They will also have to ensure that no damage to the environment occurs during transportation and reprocessing. Each recycler will have to register with the Ministry of Environment and Forests (MEF) to legally reprocess batteries. The batteries thus collected will be recycled only by the units that have the requisite environmentally sound managed plants. It will be the responsibility of MEF to inspect such plants.

Without a doubt, the invention of the battery was a major milestone in our history. It has helped us in more ways that we can ever imagine. However, the fact remains that they pose a grave threat to the environment and to us. Thus, all of us need to contribute to ensuring that they are properly disposed of.