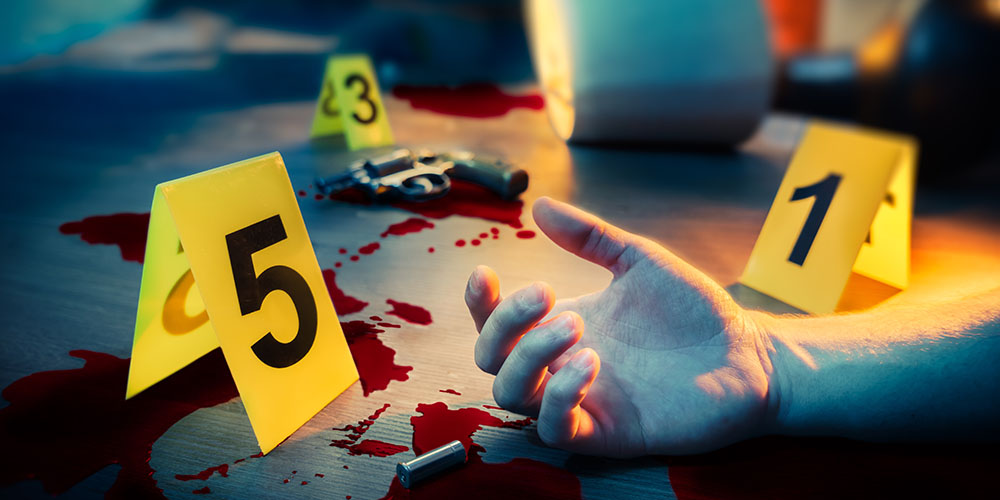 The dead are never really gone. The human body is very resilient and can persist for hundreds and even for thousands of years. The Egyptian mummies are very well known. It is wondering that people from that time knew how to preserve the dead and the bodies are successfully endured until today. But it can happen without the help of the human too. Today the famous Rainbow valley on the north side of Mount Everest conserving the bodies of the climbers who have died trying to reach the Himalayan peak. The name came from their brightly colored jacket and the extreme cold has stalled decomposition.

The truth can never be buried

Decomposition starts almost immediately after death, with the end of the normal bodily functions and the spread of the internal bacteria. These processes render the tissue of the human body to rupture and break down. Forensic Pathologist use the observations to calculate the time since death. After the completion of all the soft tissues break down, the skeleton and teeth are the remainings. These components can gone through lots of changes during the lifetime and even after death. The different teeth have different forms at different points during childhood and adulthood. The different bones of skeleton do bone remodeling at various rates throughout the life. For these reasons these hard tissues essentially fossilize information about a person’s life from infancy up to the time of death. Sometimes where environmental conditions can be aggressive to the body, but still some remains are often visible. The famous Sutton Hoo ship burial in Suffolk can be the proof of that statement. The acidic soils completely destroys the bones of those buried, but preserved the organic shapes of the bodies like – Shadows in the Sand. Even sometimes burning cannot really destroy the body. From a work by some group people it has proven that skeletons can survive even spectacular volcanic eruptions.

“Knowledge of the forensic tools and services provides the investigator with the ability to recognize and seize on evidence opportunities that would not otherwise be possible.”

Fingerprint Matching – Fingerprints are individually unique to each person. The location and identification of a suspect’s fingerprint at the crime scene is a strong circumstantial evidence from which the court can draw the interference that the suspect is, in some way, connected to the crime. There are unique patterns of lines and ridges exist on the areas of our hand and fingertips, at the plantar surfaces. These unique patterns do not change throughout the life. These features can be subjected to damage through physical injury or intentional abrasion. The impression of our fingerprints are often left on items we touch because the oils our bodies produce act like an invisible ink which adheres to smooth surfaces we touch. Thus transferring of these fingerprint impressions occur. The powder sticking to the oil reveals the image of the lines and ridges that makeup the fingerprint. Fingerprints are sometimes also visible when they are transferred to an object because the finger has some foreign material on it, such as ink or blood. The unique patterns of an unknown individual can be searched in a database of known criminal fingerprints for identification. It is known as Automated Fingerprint Identification System (AFIS) which is done by electronically using biometric scanning process.

Hair Analysis – As humans, we constantly shedding materials from our bodies. We enter a room and leave behind strands of hair that fall from our heads. Hair sample can be compared taking a shed sample at the crime scene to the hair from a suspect to establish a similarity within a limited degree of certainty. If a hair happens to have been pulled out and still has root tissue, there is a possibility of more positive identification using DNA analysis.

Forensic Pathology – During an autopsy a forensic pathologist dissects the body carefully examining, documenting, analyzing the body parts to determine the cause of death. In case of a suspicious death or a confirmed homicide, police investigators will be present at an autopsy to gather information, take photographs and seize non-medical things like fragments of bullets, clothing and items that might identify the body. In the first stage of examination, the pathologist will make an estimate of the time of death by observing evidence of four common post mortem (after death) indicators. They are Algor Mortis(loss in body temperature), Degree of Rigor Mortis, Post mortem lividity(discoloration or staining of skin) and Progress of Decomposition.

There are wide range of possible causes of death and pathologists are trained to look into that for gathering evidences. In cases like laceration or stabbing, pathologist will attempt to determine if the death was caused by damaging a vital organ or by blood loss. In cases of asphyxiation, a pathologist will look for indicators of how the body was deprived of oxygen. Some reasons can be strangulation, suffocation or drowning. In cases of toxic substances, a pathologist will test the stomach contents, the blood, eye fluid (Vitreous humor) and tissue samples from various organ from the body.

Forensic Odontology – It is essentially Forensic Dentistry and includes the analysis of various factors of teeth for the purposes of investigation. Since the advent of dental X-rays, dental records have been rendered as a reliable source for investigations. Even in badly decomposed or damaged corpse, teeth retaining DNA material inside the tooth, contributing to the post mortem DNA evidence. Sex can be determined from the analysis of peptides (basic component of proteins) which is taken from tooth enamel. Forensic Odontology can also give evidences from the bite mark analysis.

There are lots of other branches of forensic science which are contributing to the criminal investigations including Forensic Toxicology, DNA Analysis, Physical Matching, Blood Spatter Analysis, Ballistic Analysis, Forensic Anthropology, Forensic Entomology, Forensic Engineering, Criminal Profiling and many more.

Future prospective and journey so far

Since the introduction of Forensic tools or DNA analysis, it has played an important role in criminal justice community by providing punishment to the guilty and rule out the innocents. DNA analysis, DNA typing, PCR (Polymeric Chain Reaction) have showed a new path to the forensic DNA analysis technique. The successful DNA testing has brought significant growth in the present days. The newer rapid DNA instruments will give faster results with higher sensitivity, stronger conclusions with challenging samples, in the forthcoming decades. Proper research, competitive training and deeper insights in the forensic science will aid in the more challenging criminal investigations in future.

Justice shall be given

Forensic Science is an evolutionary subject without which justice can not be given. Without the application of forensic science, criminals can never be convicted unless an eye witness is present. Thus in a world which is devoid of forensics, murders, thieves drug traffickers and rapists can be freely roaming.