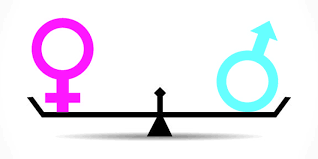 Both men and women are individually important. Each plays a vital role in the creation and development of their respective families, and the whole society. However, women have always been considered as the weaker sex and oppressed at various points in their lives. The struggle to achieve gender equality has been a major concern for the feminists’ and women’s movements all over the world. In India, since the pre-independence era, women have been constantly considered the oppressed section of the society. Thus, the first task in post-independence India was to provide equal legal and economic rights to women, as per the constitution of a free India.

Although the Indian constitution has been in action for almost 57 years, the struggle to attain complete gender equality and improved legal status for women is still ongoing. As a concept, gender inequality refers to the hidden or even obvious disparities among individuals, based on the performance of gender. It is also called Gender Bias, which simply means gender stratification on the basis of the individual being a male or female. In earlier times, gender inequality was observed only in rural India, but now even urban areas can be seen making gender-biased decisions in various sectors like institutions, schools, offices, etc. Inequality between men and women can take multiple forms. Indeed, gender inequality is not a homogeneous phenomenon but a collection of disparate and interlinked problems.

On 18th October, professor Rangita de Silva de Alwis gave a talk about the legitimization of gender inequalities through the rule of law, during a session of Gender Views at the UNESCO headquarters in Paris. She described the global mapping she has conducted as part of the Global Women's Leadership Project, which provides research for UNESCO and UN women in support of our work on women, peace, justice, and women's human rights. The mapping helps in tackling gender inequalities in legislation, by identifying provisions in laws that discriminate against women across a wide range of fields (family law, inheritance, land ownership, property, employment, financial services, etc.)

She further explained that while some laws are openly discriminatory towards women, others cause gender disparity in different ways that are more indirect. These indirect ways are thus more difficult to identify and reform. She also presented those cases where the notion of "best interest of the child" is wrongly used to perpetuate harmful practices such as child marriage in Bangladesh. She cited other numerous examples of loopholes in the law that are discriminatory and harmful for women, such as the prohibition of child marriage only up to the age of puberty in Nigeria; child rapists being exonerated in many countries, if they marry the victim; and testing the virginity of girls over 16 in South Africa and many other areas of the world.

Professor de Silva de Alwis also emphasized that the legislation can also be inequitable by being overly protective of women. For example, the 2018 World Bank report on Women, Business, and the Law reveals that 104 economies still prevent women from working in certain jobs because apparently, they would not be fit for these kind of jobs. For example, the Chinese law prohibits women from working underground and above ground, such as high-rise construction for fear of exposing them to hazardous working environments, thus dis-empowering women from economic opportunities.

Gender equality is achieved when both the sexes enjoy equal rights and opportunities in the society; including access to justice and economic and social gains. The study emphasized on the fact that sustainable development can be attained by making sure that the gender equality laws are in practice.

Because gender-based violence is a major barrier to gender justice, gender justice and the law closely examines its various forms (sexual, physical, and psychological and economic violence, assessing laws and policies that affect gender equality and protect against gender-based violence). For example, the penalties for committing the so-called honor crimes; that include, murder, wounding, and beating; vary, depending on the area in question.

In Algeria, Bahrain, Morocco, Qatar, Syria and Yemen, a sentence can be reduced if the person caught in an act of adultery is the victim's spouse. Leniency of perpetrators of honor crimes against women in Saudi Arabia is not codified in the law, so men are sentenced at the court's direction. If a man kills his wife or one of his female relatives while engaging in an act of adultery in Iraq, he would be incarcerated for up to three years. In Libya, the sentence would not exceed eight years. While the penal code in Jordan was amended in 2017 to prevent reduced penalties for honor crimes, the original mitigated penalties for murdering a spouse caught in the act of adultery is yet to be removed. Similarly, mitigation of penalties for honor crimes in the Occupied Palestinian Territories were repealed in 2011 in the West Bank and 2018 in Gaza. However, the government there has failed to apply the reforms in present.

At last, it is important to keep in mind that other factors have an impact on the way gender inequalities are perceived in different societies. Also, we need to ensure that the rule of law should be gender friendly around the world.