How Overfishing Is Leading the Planet to Starvation. 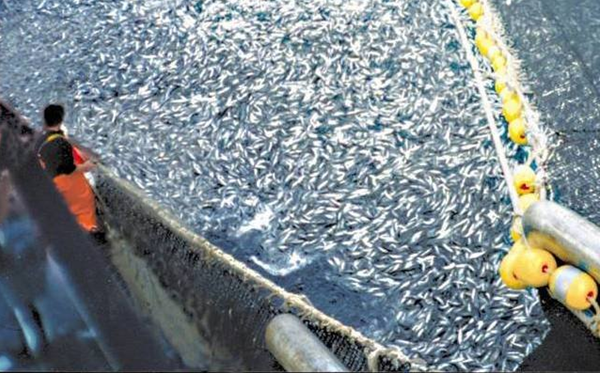 We all know that fish and other aquatic species are a finite resource in our oceans. However, fishermen have started capturing more and more fish at a rate that is much faster than they can reproduce and replenish the water bodies with more fish. Many marine scientists have gone to the extent of saying that the threat faced by our marine ecosystem is much larger than any other environmental threat like increasing pollution. They have also predicted commercial extinction (not fit for fishing) of marine life if this trend continues.

Overfishing can have unprecedented impacts on the environment, the marine ecosystem, and human diet.

1.     Reduced Harvests of Targeted Fish: Overfishing, typically, leads to a decline in the population of productive fish, which results in lesser stocking of the fish. If overfishing is curtailed, we can hope to revive the declining marine population in a few years. Cutting back on fishery activities will make it possible for fish to breed and produce young ones and this cycle would continue until we have a healthy supply of seafood available again.

2.    Harvest of Untargeted/Protected/Endangered Marine Species: Harvest of non-targeted fish or bycatch, will give rise to the capturing of sea animals that unintentionally get caught, but are not used or required. These may include endangered or protected species such as certain marine mammals, or other aquatic species of little or no commercial or recreational value. If caught, they are eventually discarded either at the sea or shore.

3.    Ecosystem Changes: Overfishing can have an adverse effect on marine biodiversity. Every single aquatic plant and animal has a role to play when it comes to balancing the ecology. In order to thrive, marine creatures require a certain kind of environment and nutrients, for which they may be dependent on other organisms. Overfishing can wreak havoc and destroy the environment and marine ecology and completely disrupt the food chain. For example, herring is a vital prey species for the cod. Therefore, when herring are overfished the cod population suffers as well. And this has a chain reaction on other species too. Therefore, it can be understood that if the food chain breaks at any level, it will have a domino effect on all living organisms in the chain.

4.    Socio-Economic Effect:Millions of people rely on fishing for their livelihood and nutritional needs. For decades, oceans have provided us with a bounty of seafood for these needs, but there is a limit to everything. Unsustainable fishing practices and overfishing over the last few decades have pushed our oceans to the limit and they may now be on the verge of a collapse, thereby affecting the everyday way of life and source of income of those who depend on them. With no productive fish left in the sea to fish, fishermen and fisheries are bound to go out of business in no time.

India has a lot of legislation in place for tackling the problem of over-exploitation of fisheries. The Environment Protection Act (1986), the Water Prevention and Control of Pollution Act (1974), and the Wildlife Protection Act (1972) are some of the historic laws in this regard. The responsibility of enacting laws is split between the federal and state governments. In addition to the historical laws, the states may enact laws related to fisheries and pollution of waters and waterways.The government of India launched the National Fisheries Development Board in 2006 which focuses on

As well as other fisheries related activities and issues. Coastal areas are inadvertently worst affected by overfishing since the livelihoods of most people in these regions depends on the sale of seafood. Worldwide, the fishing industry has seen a decline in annual turnover and is expected to continue to experience decline in the years to come.

We now realise the adverse impacts that overfishing can have on us and our environment. Many species of fish are now endangered and face the risk of extinction due to overfishing. The need of the hour is environmental laws, policies and safeguards that point out how much fishing is legal and required. The good news is that a few fisheries have started to realize the need to protect our oceans from overfishing. Solving this problem is going to be a daunting task and will require collective effort to be successful in replenishing our waters with an abundant supply of sea creatures and restore its ecological balance.