How Smartphones Damage the Environment. 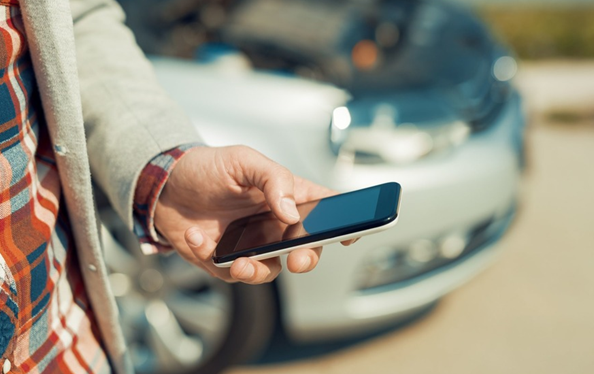 Nowadays, it is almost impossible to imagine our lives without smartphones. Just take the bus or the metro and you’ll witness that most passengers sit glued to their smartphones; eyes are cast downward and fingers are scrolling or typing through communication platform from WhatsApp to Facebook. It’s no wonder why: since their release in 2007, more than 7 billion smartphones have been manufactured, and this number keeps on increasing.

1.     Mine waste spills: Each device is made up of numerous precious metals and many of the key technological features wouldn't be possible without them. Some, like gold, will be familiar. Others, such as terbium, are less well-known. Mining these metals is a vital activity that underpins the modern global economy. But the environmental cost can be enormous and is probably far greater than one realises.

Iron, aluminium, and copper are the three most common metals by weight in the average smartphone.However, enormous volumes of solid and liquid waste (mine tailings) are produced when extracting these metals from the earth. Typically, mine tailings are stored in vast impoundment structures that can be several square kilometres in area. However, improper construction methods and lax safety monitoring can cause spills to occur. These spills can contaminate the soil and water sources and consequently, prove fatal for the humans and animals relying on them for survival.

This was just one of the 40 mine tailings spills that have occurred in the past decade and the long-term ecological and human health impacts remain largely unknown. One thing is clear though – as our thirst for technology increases, mine tailings dams are increasing in number and size, and so is their risk of failure.

2.    Ecosystem destruction: Gold and tin are common in smartphones. But mining of these metals is responsible for ecological devastation from the Peruvian Amazon to the tropical islands of Indonesia.

Gold mining is a major cause of deforestation in the Amazon. Furthermore, extraction of gold from the earth generates waste rich in cyanide and mercury – two highly toxic substances that can contaminate drinking water and fish, with serious implications for human health.

The seas surrounding Indonesia's Bangka and Belitung Islands supplies about a third of the world's supply of tin. However, large-scale dredging of the seabed for the tin-rich sand has destroyed the precious coral ecosystem. This in torn drove fish away, leading to a decline in the fishing industry.

3.    Extraction of Rare Earth metals: Our smartphones rely on the presence of rare metals like neodymium to function. Extracting them is a difficult and dirty business, typically involving the use of acids and the production of vast amounts of highly toxic waste. The toxic sludge from rare earth processing operations is collected in huge lakes, which pollute the soil and water sources. The "world's tech waste lake" in Baotou, China is perhaps the most disturbing and thought-provoking example

As consumers, it is our duty to ensure that we contribute as little to this assault on the environment as possible. Reducing the environmental impact of smartphone use requires manufacturers to increase product lifetimes, make recycling more straightforward and be open about where they source their metals and the environmental impact. Around the world mining companies have made huge strides in practising more sustainable mining. But we as consumers also need to consider smartphones as less of a throwaway item and more of a precious resource that carries an enormous environmental burden. Instead of throwing away our electronic waste recklessly, we must reuse and recycle it as much as possible.

Moreover, it is predicted that advances in technologies such as virtual reality, augmented reality, artificial intelligence and wearable electronics will spawn a new generation of devices that could change our everyday existence even more than the smartphone did. Although the usage of smartphones will ultimately wear out, until then, we need to realise that our actions will one day directly or indirectly harm the entire human population.