IMPACT OF ELECTIONS IN INDIA 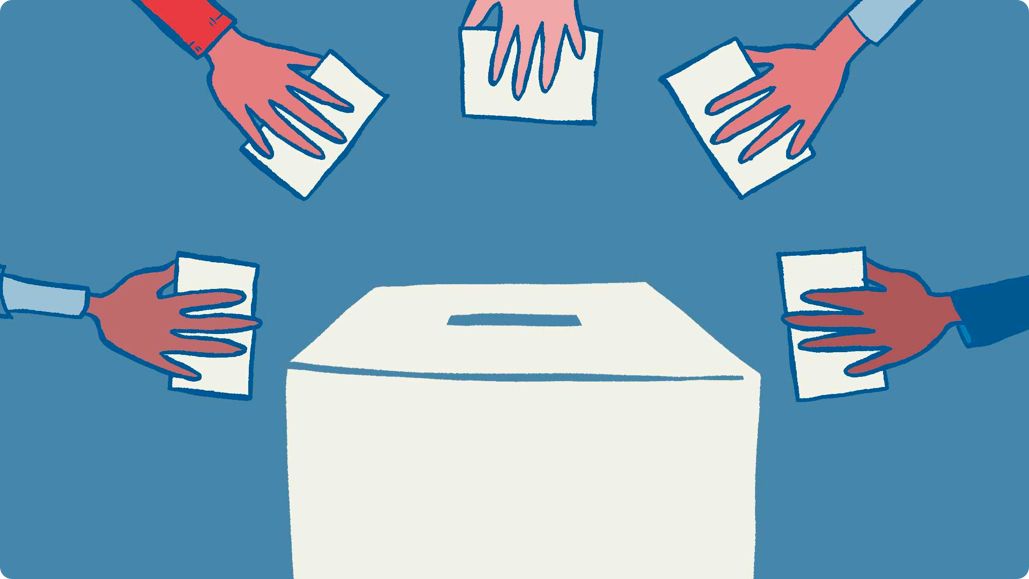 “The vote is precious. It is the most powerful non-violent tool we have in a democratic society, and we must use it.”~JOHN LEWIS

Elections are the lifeblood of any democratic government. It is the fundamental process that distinguishes a country as a monarchy or a dictatorship. Elections are a formal and structured process of electing a person to a political office or other position by a vote. ‘A ballot is stronger than a bullet’, as Abrahim Lincoln correctly stated. It gives citizens the power to elect representatives to represent them and the state. India is a democratic country, and one of the things that makes it democratic is that elections are held on a regular basis. Elections are seen as a tool for promoting a country's democratic values. As a result, elections are overseen and administered by the Election Commission of India (ECI), an independent and neutral body entrusted with ensuring that officials are held accountable. The Election Commission of India is a constitutional organisation that is autonomous, permanent, and self-governing, with the primary goal of holding free and fair elections in India's Union and States.

The Registration of Electoral Rules, 1960, establishes principles for electoral roll supervision and maintenance, as well as the registration and validation of elector information. It also contains guidelines for the production, maintenance, and modification of electoral rolls. It requires voter registration and the issuance of voter identity cards that feature a photograph of the voter. It also includes regulations for incorporating eligible voters, removing ineligible voters, and correcting voter cards. The most essential purpose of the commission is to ensure free and fair elections in accordance with the law and the Model Code of Conduct. A Model Code of Conduct is a set of standards for political parties that lays out some key criteria for how political parties and candidates should behave during elections. The Model Code of Conduct was initially released by the Election Commission in 1971 (5th Election), and it has been amended several times since then. Such a code is required in the interest of free and fair elections. On the other hand, the code is not based on any specific statute. It just has a persuasion effect. It contains so-called "electoral morality laws." The absence of legal backing, on the other hand, would not prevent the Commission from executing it. It has the power to impose a drawing force under Article 324.

We all understand the significance of free and fair elections, and India being the world's largest democracy, but the important question is whether the elections held here are free and fair and Is India, on the other hand, a successful democracy? A Swedish think tank has declared that India is no longer a ‘electoral democracy,' instead describing it as a ‘electoral autocracy,' adding that much of the decrease in democratic liberties came following the BJP and Narendra Modi's election in 2014. Since 2017, the V-Dem Institute, a non-profit research organisation located at the University of Gothenburg, has issued data-rich global democracy reports. It was noted in last year's report that India was on the danger of losing its democratic status.so, what really are the challenges?

Although it is explicitly stated in guidelines that any criminal charge brought against a political party's candidate would result in disqualification from the election, our main political parties' candidates face criminal charges, according to a 2019 poll. According to data, more than half of the YSR Congress Party's candidates are facing criminal charges. When it comes to our ruling party, the BJP, more than 35% of candidates have criminal charges pending against them. It is prohibited to sell alcohol or drinks to voters before to voting, however in the 2014 legislative elections in Assam and West Bengal, lakhs of litres of booze and kg of ganja were seized during the polling rounds. Also, though it is illegal to utilise black money in elections, many political parties do it in order to fund demonstrations and buy votes. Apart from these incidents, there are other examples of political parties bribing voters with presents such as computers, cutlery, mobile phones, real estate, guns, wine, and tobacco. Bribing individuals by providing them such goods is against the Election Commission's rules, yet political parties have been doing it for a long time.

Several variables impact voter behavior, including religion, caste, community, language, money, policy or philosophy, polling purpose, franchise length, political wave, and so on. These characteristics are used by political parties and organisations in order to win the fight of the voting box. Despite professing to be proponents of enlightened secularism, politicians can be seen appealing to people's religious and communal sensibilities; they may also be seen manipulating elements such as language or money to attain the goal of winning the vote war. For the same reason, appeals are made and campaigns are run in the name of a certain programme or philosophy. The nature or aim of the elections, as well as the breadth of the suffrage, impact voters' interests and, as a result, their voting behavior.

As a result, India, which is famed for its democratic status, is being pushed down from its lofty position. Our country is varied, with 28 states and eight union territories, making it challenging to manage individuals who speak various languages, have distinct religions, and have various traditions. However, several obstacles are impeding its development as an absolute democratic republic. Also, the continuance of India's political system's function as a maturing democratic political system is gradually educating Indian voters. The growth of an issue-based political contest in place of a caste, religion, or personality-driven quest for power is evolving slowly but steadily. Elections play an important role in democratic government. It is a method for individuals to express and execute their political opinions, as well as to exert influence over society's political organisation. However, numerous factors influence voter behaviour, including religion, caste, community, language, money, policy or ideology, polling objectives, and the like. Political parties employ these elements to win elections. As a result, it is critical that these determinants not be used in elections, and that elections be conducted in a free and fair way.