Loss of Innocence in modern India 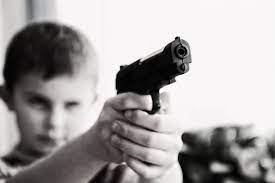 No one is born criminal; it is the dire circumstances that pushes the individual into the vicious circle of crime. This statement holds true for youngsters of our nation indulging in crimes that is debilitating the society and nation at large.

Juvenile delinquency refers to the criminal acts undertaken by minors.i.e. a person under the age of 18 years. The criminal acts are not only confined to small and petty crimes like robbery but heinous crimes like rape, that was witnessed in 2012 Nirbhaya gang-rape case, that involved a 17-year-old minor. It was following this horrendous case that the Juvenile Justice Act, 2015 aimed to replace the existing Indian Juvenile Delinquency Law, Juvenile Justice Act, 2000, so that juveniles in conflict with the law, involved in Heinous Offences, can be tried as adults. Delinquent acts may also include use of vulgar languages, visiting gambling centers, running away from home .etc.

Across India, Delhi is ranked first among the metropolitan cities for the crimes committed by minors, reaching to about a whooping figure of 2,368 in 2016 as against 1671 and 1981, in the years 2014 and 2015, respectively. But the question arises as to who is responsible for playing with the minds of these innocents or the future assets of our country? Is it the society, family, peer group, psychological factors? Let us examine this in the following article.

The causes for delinquent behavior can be found in:

1.   Family: It is the primary group that is our family that lays the foundations for strong moral and ethical values. It is these values that makes an individual, a functional unit of society that follows societal norms. However, a broken family, feuds between parents or absence of parental supervision can cause teens to go astray and become violent.

2.   Peer group or peer influence: Outside family, the peer that minors associate themselves with plays a crucial role in shaping one’s behavior. Thus, choosing a right peer group becomes a central factor in determining a minor’s conduct. Minors may confirm to their peer’s immoral activities in order to feel more accepted and part of their group. At times, a teen makes choices to protect himself. Peer influence and personal safety combined can lead to a life of crime.

3.   Poverty and exclusion : In a country like India, that is poverty ridden and lacks equitable distribution of resources, that can be one of the root causes for a child to become delinquent. Delinquency may arise from a sense of discrepancy between the aspirations of individual and the means that the person has available to realize those ambitions. Moreover, if a child is not even able to meet his basic life essentials, which creates a vacuum for criminal activities to fill in. According to NCRB data, while 52.9% of juveniles apprehended in 2012 belonged to families with annual income of less than Rs 25,000, the percentage went up to 55.6% in 2014. Poverty has always bred resentment and so is the role played by poverty in juvenile crimes.

4.   Social Media: The constant exposure to the verbal and physical aggression in the virtual world, to which the children are exposed to might have a dramatic impact. At the age, where children are seeking for a role model, the exposure of this virtual world might make such a behavior seem cool. This can be a contributing cause to the antisocial behavior among juveniles.

These are some of the major factors behind such a substantial increase in juvenile delinquency. Other factors may include psychological factors like impulsive behavior, inability to delay gratification, uncontrolled aggression, substance abuse, lack of communication, migration, urbanization, lack of education, lack of social and moral training, physical abuse at home, school problems etc.

This discussion brings us to a point that neither a family, society nor a peer group can be solely blamed, but it is a combination of factors that lead to such activities. The onus lies in collective efforts by the primary, secondary and tertiary groups in a child’s life. Early detection of antisocial behavior and the early phase intervention can be the most important step in curbing juvenile crimes. If not timely stopped for committing offences, these adolescents can become habitual offenders. Talking of this, an underestimated factor among this is the role of psychological factors. In a country like that of India, where reaching out to psychologists or counsellors is considered a stigma, is detrimental as this can have a profound impact in child’s life. If they are extended with such help, it can prevent them from deviating in life. Apart from this, state that has the duty to protect rights of these children should come up with reformative measures and built rehabilitation centers that can play a constructive role.

It is imperative to eradicate this evil from the society to build a progressive nation. While certain aspects of juvenile delinquency seem universal. They also vary culturally. Thus, cultural context also needs to be taken into consideration to develop appropriate measures of control.