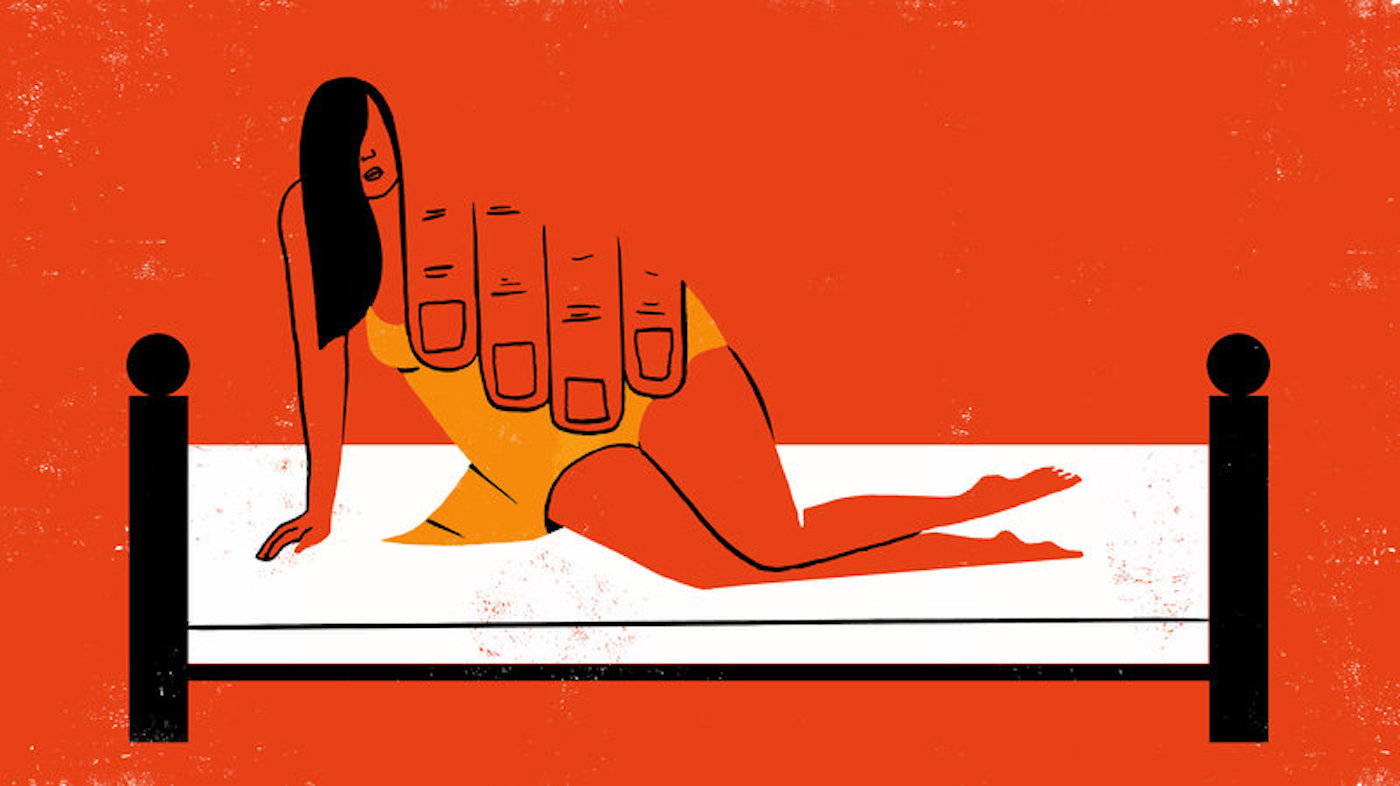 In India, Marital rape is a huge problem. 1 in 3 men admit to raping their wives and 1 Indian woman is raped by her husband every 3 seconds.

In some sort of theory; marriage in India is a reversed institution, a sacred bond that brings two individuals together for their joint pursuit of Duty (Dharma), Possession (Artha), Sexual desires (Kama) and Salvation (Moksha). Pretty a theory right? But the extensive media coverage given the Rideout case has raised a number of questions about this subject. Taking some examples- What actions should be defined as rape when the acts involve husband and wife? When women are forced to have sexual relations with their husbands, do they accept this as a part of their marital duties or does the use of force have long-term negative consequences for their marriage? And finally, in what type of marriage does forced sex or marital rape occur?

The definition of marital rape is complicated further by the fact that forced sex may not be considered a crime in marriage. Laws in 29 states specifically state that a man cannot be prosecuted for raping his wife. Equality Now's report found that India was one of only 10 out of 82 jurisdictions surveyed that still legalized rape within marriage and protected the rapist husband from prosecution. The police mostly file cases of marital rape under IPC section 377, where there is forced anal penetration and in a few instances under section 498A, if previous cases of cruelty have already been registered. An article from THE HINDU portrays, at 42 old women, Asha (name changed) has spent 24 years of her life tolerating the assaults. Sitting at a counseling center at Mumbai, she vividly recalled each episodes of violence like of being slapped, beaten with a stick, sexually abused in private and verbally abused in public, being abandoned and later treated like a slave. But she says that she has clung to her marriage for it ensures a roof over the head, a one-room-kitchen flat that is in her husband’s name. Having studied uptown class X she has taken up odd jobs, but says she can’t find for herself with her poor earnings. She first logged a domestic violence case against her husband in 2007. Nine years later in August 2015, Asha landed in the emergency room of a public hospital with injuries on her private parts that doctors noted as those inflicted in a sexual assault. At the police station, the assault was seen as “a matter between a husband and wife" and NO CASE was filed. In our Indian society love marriage is crime but marital rape is not. Why?

The women have suffered from post-traumatic stress signs who have subjected to marital rape including clinical depression, fear anxiety, low confidence, low self-esteem, deep self-hatred and many more. On some cases, consequences are even worse, like women who have experienced the violence of rape by their husband will suffer effects such physical injuries, anger and loss of interest in sex further.

In some analysis, many causes of marital rapes have been suggested.  78 percent felt that the behavior of their husbands toward their wives was come sort of showing manhood. 14 percent attributed the rape(s) as a cause of their drinking habits. Others felt that this come from some outside triggering incidents.

In some other strategical analysis, found that one of the strongest differentiators between the marital rape victims and non-victims was the presence of violence in their marriage. From some surveys, it has been stated that the women who are unemployed, dependent on their husbands, having children, or not having much education are the most suffered in their rapes. Thus, the raping husbands are especially very dominant in their marital relationships and they are more likely to have drinking problem and sex addict too.

Forced marriage and child marriage are prevalent in many parts of the world, especially in parts of Asia and Africa. A forced marriage is a marriage where one or both participants are married without their freely given consent; while a child marriage is a marriage where one or both parties are younger than 18. These types of marriages are associated with a higher rate of domestic violence, including marital rape. These forms of marriage are most common in traditional societies which have no laws against sexual violence in marriage, and where it is also very difficult to leave a marriage. In these types of forced marriages, the marital union begins with the man's intense sense of control over the woman, combined with the understanding that the wife is the possession of her husband. This foundation of marriage had direct implications for sexual violence within the marriage. Unlike other forms of rape, where the victim can remove themselves from the company of the rapist and never interact with them again, in the case of marital rape the victim often has no choice but to continue living with their spouse: in many parts of the world divorce is very difficult to obtain and is also highly stigmatized.

Another cause found, which was sadomasochism which is also related to marital rapes, where the husbands enjoy inflicting physical or mental sufferings on their wives with pain. Another data shows the husbands in his pattern tends to be jealous of the wife where the person mostly having extramarital affairs was the husband himself. Then they started raping their wives thinking of revenge.

In 2002 study confirms that marital rapes are greater among unemployed men. In some cases, it is found that when a Male child has seen his father doing wrong to his mother, the chances in future it can be simulated to his son is greater. Thus, it reflects the mental pain and sufferings that make him weak and distressed.

Rape laws in India continue for considering that women to be the property of men post marriage with no autonomy or consent over their body. Marital rapes hit around 106 countries among them 32 consider it as a special criminal offense and remaining 74 include it in a general rape provision. Even though many countries took progressive steps on this, India is one of the 36 countries where it is still not a criminal offense and untouched by the lawmakers of our country. Section 375 of the Indian Penal Code (IPC) considers the forced sex in marriages as a crime only when the wife is below age 15. Thus, marital rape is not a criminal offense under the IPC. Marital rape victims have to take recourse to the Protection of Women from Domestic Violence Act 2005 (PWDVA). The PWDVA, which came into force in 2006, outlaws marital rape. However, it offers only a civil remedy for the offence. But this has to END right?

Marital rape is much more painful than rape because you have to get up with the tears and wipe it off on other day!

You cannot wash it off 100 percent from our society. Rape or any crime is individualistic matter even if there are laws made against it to protect the victim and to punish the sinner.

First of all, we need awareness. Both the husband and the wife should be treated equally for the problem by seeking help from psychologist or a psychiatrist. Hypnotherapy, psychotherapy, or hypnodrama are some procedures where people can drain their negative energies or thoughts.

Study the husbands and wives, their childhood even the equation with their parents. People can build their self-esteem. Now a days it is important to make sex education necessary towards people.

Female education is must. Employment, self-dependency should be given utmost importance to understand among the women.

Also, society must be aware regarding the marital rape so that, if any female faces it, they must be given justice. They should not force woman to stay in marriage if they are tortured. Female should raise voice against harassment and their families need to support them.

There should be laws and punishment for the rapists and marital rape should be considered as rape in Indian law.

And last but not the least, we can make some difference by taking some serious effort to criminalize this awful commence.