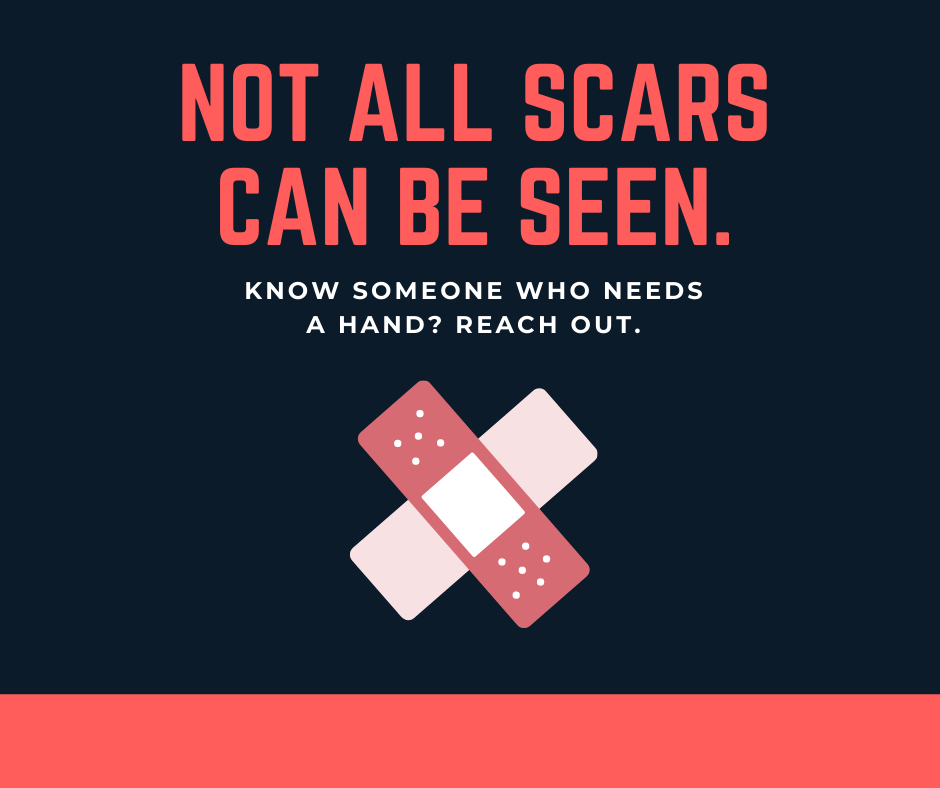 “Understanding is the first step to acceptance and only with acceptance, can there be recovery”, Dumbledore said in the Harry Potter series.

According to WHO, 7.5% of India’s population suffers from some type of mental illness and out of the 30-80% of individuals don’t take any treatment. The most obvious and pivot question in everyone’s life are - Who am I? What is my name? What is my identity? If someone is unable to answer these, then they become anxious. From here on, the stigma attached to or the disregard for mental illnesses begins. This is because a mentally-ill individual suffering is unable to recognize their own self. As a result, he uses the denial mechanism: everything is fine and he is absolutely well. Another barrier against acceptance is the fear of losing close ones.

One out four people in the world get affected by mental or neurological disorders at some point in their lives. Around 450 million people currently suffer from such conditions, placing mental disorders among the leading causes of ill-health and disability worldwide. A 2017 study estimated that 792 million people live with a mental health disorder. This is slightly more than one in ten people globally (10.7%).

However, there are some people who are not even aware that they are facing some mental problems. There may be certain reasons for it. First of all, it is the denial n recognizing that there is some problem or the belief that ‘nothing like this could happen to me”. Secondly, they aren’t aware that what they are experiencing is some type of mental illness and that it is treatable. It may include anxiety disorders, personality disorders, mood disorders, and many more. Lastly, the high intensity and frequency of disorders like schizophrenia and other psychotic disorders might also come in the way of recognition of reality.

Additionally, the social stigma is to relate depression and other mental disorders with madness. Society labels such people as crazy, giving rise to the fear of social exclusion and rejection. Consequently, they avoid the symptoms deliberately and hide the disorder from everyone. They do not share and it in turn leads to severe depression.

Another stigma of depression and other mental illness in India is connecting it to superstitions or paranormal activities. The families of depressed people seek help from shrinks, priests, monks etc. instead of psychiatrists, psychologists, neurologists etc. This not only troubles the patients but also prohibits them from getting the proper treatment.

Develop an awareness about the mental illness and beliefs that support it. Individuals should understand that it is quite common to have a mental disorder and that there are many other individuals who are similar to him or her. It may arise due to hereditary, some other imbalance in the brain or in the levels of hormones.

Create a positive sense of self in the face of mental health problems. Individuals should realize that the disorders are not his identity. In fact, by facing all the difficulties that arose during that phase may lead to a more developed personality i.e. qualities like tolerance and patience. There is a positive increment in handling or managing adversities.

Engage in activities that support engagement. Individuals should focus on their hobbies, skills, and other interesting activities. Planning ahead for a busy day also motivates the person to perform all the necessary and important tasks of life, which in turn increases self-confidence and self-esteem.

Social support plays a very important role in the acceptance of mental disorders. When family members, friends, and relatives genuinely support an individual, it might motivate the latter to openly express about his illness and the symptoms. It also gives a positive outlook to the client that he needs to recover soon for the sake of his family. On the other hand, if the family is narrow-minded, then it may lead to dangerous situations for the client. Because he accepts denial as a defence mechanism and then the conditions get worse. Acceptance by society plays a crucial role in improving the health conditions of a person. The support by family, friends, and relatives can will not let them feel excluded.

Conditions in the rural area

In urban areas, majority of people are educated. They know that mental problems are related to other health problems and they thus seek treatment for it. On the other hand, in rural areas, the conditions is far worse; the people don’t know that there is any other thing related to mental illness. Secondly, even if they know about it, then they don’t have the proper sources for consultancy and treatment. Lastly, they might relate mental health problems to parapsychology, wherein they believe that some form of black magic is are influencing the client to act in a different manner. They connect it to myths and treat the patients with cruelty. They consider mental illness as a hold of supernatural powers or spirits over the person. Many villages report that they kill the patients because of the belief of being possessed by ghosts or spirits. They abandon such persons and mistreats them. This irritates the patients and makes them feel more disgusted. As a result, the mental health deteriorates. Also, this affects them physically, mentally, emotionally and in many cases, results in suicidal attempts.

Role of psychiatrists and psychologists

Mental health professionals play a very crucial role in this aspect. The client and informants completely depend on the advice and treatment on them for advice. All the steps discussed so far should be taught by professionals to the client and to convince him of the treatment. They should always treat them in a positive way so that the client doesn’t isolate himself from the society. Also, emphasize that there is nothing wrong in consulting a psychiatrist and psychologist. The rural population, in particular, must be made aware about it. The social stigma can be reduced through proper awareness. The government should broadcast such information on national channels and experts should give out advice on television or radio to make it a part of common knowledge. Talking more about it would result in the normalisation of these disorders and diseases

Last but not the least, support people and talk to those who are lonely. Be kind in general and help people those in distress. Your words and support can save a life and give a chance to live again.

It’s not easy to cope with the hardships and sorrow in life.

No matter what others think and find in our self,

It’s our life and we need to accept our inner self.