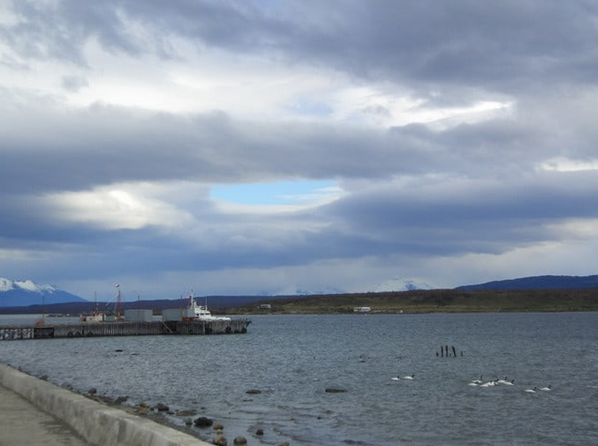 The ozone layer is a natural layer of gas in the upper atmosphere that protects humans and other living things from harmful ultraviolet (UV) radiation from the sun.

Although ozone is present in small concentrations throughout the atmosphere, most (around 90%) exists in the stratosphere, a layer 10 to 50 kilometres above the Earth’s surface. The ozone layer filters out most of the sun's harmful UV radiation and is therefore crucial to life on Earth.

Scientists discovered in the 1970s that the ozone layer was being depleted. Atmospheric concentrations of ozone vary naturally depending on temperature, weather, latitude and altitude, while substances ejected by natural events such as volcanic eruptions can also affect ozone levels. However, these natural phenomena could not explain the levels of depletion observed and scientific evidence revealed that certain man-made chemicals were the cause. These ozone-depleting substances were mostly introduced in the 1970s in a wide range of industrial and consumer applications, mainly refrigerators, air conditioners and fire extinguishers.These applications contain Chlorofluorocarbons (CFCs) that are mainly responsible for Ozone Layer Depletion.

Ozone layer depletion can have several harmful impacts on human health as well as the environment around us.

1.     Effect on Human Health:Ozone layer depletion increases the amount of UV rays that reaches the Earth’s surface. This causes non-melanoma skin cancer and plays a major role in malignant melanoma development. In addition, UV rays have been linked to the development of cataracts, a clouding of the eye’s lens.

2.    Effect on Plants: UV radiation affects the physiological and developmental processes of plants. Despite mechanisms to reduce or repair these effects and an ability to adapt to increased levels of UV radiation, plant growth can be directly affected by it.

Indirect changes caused by UV rays (such as changes in plant form, how nutrients are distributed within the plant, timing of developmental phases and secondary metabolism) may be equally or sometimes more important than damaging effects of UV rays. These changes can have important implications for plant competitive balance, herbivory, plant diseases, and biogeochemical cycles.

3.    Effect on Marine Ecosystems: Phytoplankton form the foundation of aquatic food webs. Phytoplankton productivity is limited to the euphotic zone, the upper layer of the water column in which there is sufficient sunlight to support net productivity. Exposure to solar UV radiation has been shown to affect both orientation and motility in phytoplankton, resulting in reduced survival rates for these organisms.

UV radiation has been found to cause damage to early developmental stages of fish, shrimp, crab, amphibians, and other marine animals. The most severe effects are decreased reproductive capacity and impaired larval development. Small increases in UVB exposure could result in population reductions for small marine organisms with implications for the whole marine food chain.

4.    Effect on Biogeochemical Cycles: Increases in UV radiation could affect terrestrial and aquatic biogeochemical cycles, thus altering both sources and sinks of greenhouse and chemically important trace gases. These potential changes would contribute to biosphere-atmosphere feedbacks that mitigate or amplify the atmospheric concentrations of these gases.

5.    Effect on Materials: Synthetic polymers, naturally occurring biopolymers, as well as some other materials of commercial interest are adversely affected by UV radiation. Today's materials are somewhat protected from UV by special additives. Yet, increases in UV levels will accelerate their breakdown, limiting the length of time for which they are useful outdoors.

However, not all is bleak. As the world is in lockdown due to the Coronavirus pandemic, we witnessed the smallest ozone hole over the Arctic in a decade. The Environment Protection Act, 1986 specifies the protection of the ozone layer as one of its main objectives. The Paris Climate Change Agreement and the Climate Action Summit 2019 were international meetings held in order to deliberate the ways to protect the planet’s depleting ozone layer. The Intergovernmental Panel on Climate Change (IPCC) is a UN body that addresses this issue at an international level.

Change always stems at the macroscopic as well as the microscopic level. We cannot wait for governments to take cognizance of the situation. We must take action on a personal level.

1.     Avoid the consumption of gases dangerous to the ozone layer, due to their content or manufacturing process. Some of the most dangerous gases are CFCs (chlorofluorocarbons), halogenated hydrocarbon, methyl bromide and nitrous oxide.

2.     Minimize the use of cars. The best transport option is urban, bicycle, or walking. If you use a car to a destination, try to carpool with others to decrease the use of cars in order to pollute less and save.

4.     Buy local products. In this way, you not only get fresh products but you avoid consuming food that has travelled long distances. As the more distance travelled, the more nitrous oxide is produced due to the medium used to transport that product.

5.     Maintain air conditioners, as their malfunctions cause CFC to escape into the atmosphere.