Plastic: The Problem and Its Impact. 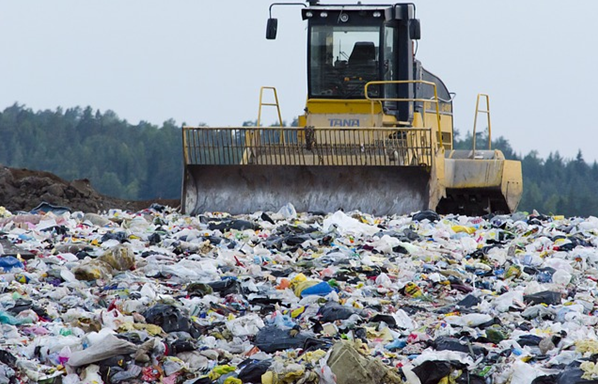 From cell phones to bicycle helmets to IV bags, plastic has moulded society in ways that make life easier and safer. But the synthetic material also has left harmful imprints on the environment and perhaps human health

Plastic pollution has become one of the most pressing environmental issues, as rapidly increasing production of disposable plastic products overwhelms the world’s ability to deal with them. Plastic pollution is most visible in developing Asian and African nations, where garbage collection systems are often inefficient or non-existent. But the developed world, especially in countries with low recycling rates, also has trouble properly collecting discarded plastics. .

All this plastic waste is very harmful: listed here are the five ways that plastics harm the environment, birds and wildlife -- and even people.

1.     Plastic is ubiquitous: Plastic debris is found absolutely everywhere, from the Arctic to Antarctica. It clogs street drains in our cities; it litters campgrounds and national parks, and is even piling up on Mount Everest. But thanks runoff, and to our fondness for directly dumping our trash into the nearest river or lake, plastic is growing increasingly common in the world’s oceans. But more than floating around in the water column, plastic trash is found in the guts of more than 90% of the world’s sea birds, in the stomachs of more than half of the world’s sea turtles, and it’s even choking the life out of whales. At the rate at which plastic is accumulating in the oceans of the planet, it’s predicted that, by 2050, the mass of plastic in the world’s oceans will exceed the mass of all the fish that live there.

2.    Plastics are one of the main products of fracking: Fracking is the process of drilling down into the earth before a high-pressure water mixture is directed at the rock to release the gas inside. Water, sand and chemicals are injected into the rock at high pressure which allows the gas to flow out to the head of the well. It’s bad enough for the environment as is, but one of the main by-products of fracking is plastic.

3.    Plastics kill marine life: Entangling or lodging inside the digestive tract of an unfortunate victim, like whales and other marine mammals, birds, sea turtles and fishes, is not the end of the line, because plastics do not biodegrade, nor are they digestible. Instead, large plastic pieces break into smaller fragments that are easy for even more animal species to consume. Eating plastics results in malnutrition, intestinal blockage, or slow poisoning from chemicals leached from or attached to plastics.

5.    Most plastics last forever: Plastics survive even the harshest conditions, such as floating around in a marine environment under blistering, unrelenting sunshine or frozen into Arctic ice for years before finally floating away and landing on some faraway shore. For this reason, plastics will probably outlast humanity itself.

India has banned the use of single-use plastics, including polythene bags and straws, in several of the major cities like Delhi, Mumbai, and Bengaluru. These cities are some of the most polluted in the world and the government’s steps are meant to alleviate that problem. The EPA 1986 also aims at reducing plastic pollution from most Indian cities, towns, and villages. However, due to the current coronavirus pandemic, there has been an increase in plastic pollution due to the tremendous production and usage of single-use masks and gloves. This plastic is burdening our already overflowing landfills and waste management system.

In order to contribute to reducing plastic waste, we can follow the 6 R’s:

1.     Reduce: Reduce your own plastic waste

2.    Reuse: Bring your own reusable shopping and produce bags to markets, and avoid using single-use plastic bags. Bring your own reusable coffee cup when going out to get beverages. Get a reusable stainless steel, glass, or bamboo one to use instead of wasteful plastic ones. Instead of buying water in plastic bottles, invest in a water filter and reusable water bottles. Bring a reusable container to a restaurant with you when you expect to have leftovers.

4.    Remove: Pick up trash in your neighbourhood and when visiting parks and beaches.

5.    Recycle: Recycle the plastics you use and no longer need. Return single-use bags to grocery stores for them to recycle.

7.    Find Alternatives: Use stainless steel, glass, wood, natural fibre cloth, bamboo, paper, ceramics, and cardboard instead of plastic wherever and whenever possible. These materials have a far less environmental impact than plastic.

As stakeholders of this planet, it is our duty to ensure that our planet does not suffocate from the ever-increasing plastic waste. We can either wait for world leaders to take charge, or we can lead by example. The call is ours to make.