Population and Environment: A Global Challenge. 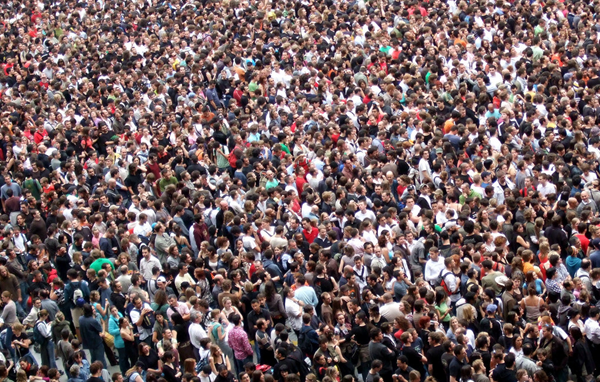 As per the United Nations, the current population of 7.8 billion is expected to rise to around 10 billion by the end of the 21st century. Our already overburdened resources, are yet to witness a major catastrophe in the near future. The term overpopulation is used to describe a situation in which the world or area has a population so large that the people there are suffering as a result. In other words, the population exceeds the region or planet's carrying capacity--the number of people, other living organisms, or crops that can be supported without environmental degradation. Their suffering may include a shortage of food, limited access to healthcare and other public services, overcrowding, and high unemployment.

Overpopulation is largely attributed to trends such as people living longer and enjoying higher live birth rates. Overpopulation of specific locations can also result from migration. Whatever the reason may be, trends have shown that as the population of a region has increased, the quality of the environment has proportionally decreased.

1.     Generation of waste: Due to his destructive activities, man has dumped a lot of waste in the environment. As man-made waste is not biodegradable, it causes degradation and the capacity of environment to absorb more waste is reduced. Further, waste leads to air and water pollution.

2.    Threat to biodiversity: Due to his destructive activities, man has extracted more and more minerals from the earth. Animals have been hunted and plants have disappeared. There has been loss of biodiversity. These have led to ecological imbalance.

3.    Strain on forest resources:Man has established new housing colonies. National highways and hydropower projects have been built and forests have been wiped out. These destructive activities have increased and led to ecological imbalance.

5.    Industrialisation:Underdeveloped countries are following the policy of heavy industrialisation which is causing environmental degradation. The establishment of industries such as fertilizers, iron and steel, and chemicals have led to land, air and water pollution.

6.    Land degradation:Intensive farming and excessive use of fertilizers and pesticides have led to over-exploitation of land and water resources. These have led to land degradation in the form of soil erosion, water logging and salination.

8.    Technology: Environmental pollution is also caused by old technology which releases gases and pollutants causing chemical and industrial pressure on the environment.

The only way to reduce the environmental impact of ever-increasing populations is to control populations through public policy advancements. The rate of population growth should be curtailed through effective family planning measures. For instance, one cannot apply for a government job in Assam if they have more than 2 children. Although India has consistently been trying to propagate the 2-child policy, it has failed to reach the masses. People in rural villages still beget around 5 children per couple and this has led to exponential rise in population. Although the growth rate of India’s population is slowing, the number of people is still ever-increasing. China’s one-child policy has largely been successful in controlling its population. India is all set to overtake China as the most-populous country in the world by the year 2024. Although China has managed to control its population through the one-child policy, it has widely been criticised for its infringement of basic human rights.

It also increases agricultural surplus thereby raising saving and investment for economic development. So concerted efforts are needed to increase agricultural productivity through technological advancement. This will ultimately lead to commercialisation of agriculture and production for exports, thereby earning foreign exchange for further development.

The aim of population control is not only to bring about a decline in fertility rates but also to improve the quality of life of the people. These are possible through rapid economic development. In fact, a reduction in population growth will automatically raise living standards. Thus, an effective family planning policy should be integrated with measures to accelerate economic development.