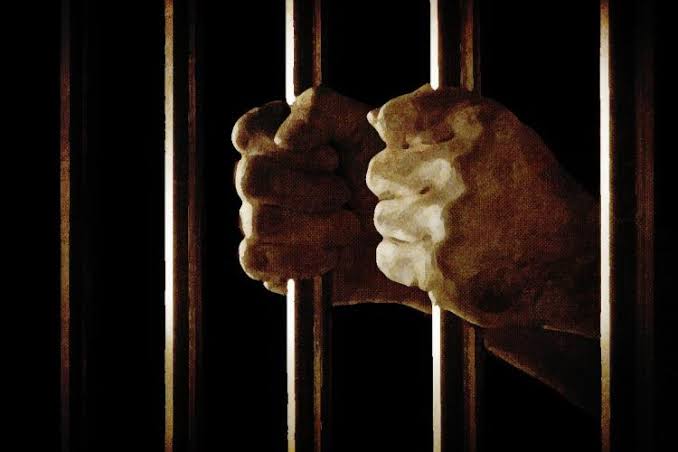 “Hate the sin and not the sinner”

As Mahatma Gandhi described it so easily that fight for the crime. But we forget that Prisoners are sent to prison as punishment, and not for punishment. But we behave like them that they are inhuman . Offenders as they already loss their dignity, their liberty, somewhere their family members too. But humiliation in prison that’s not the good option as they already been in a punishment. They punished by harsh conditions and a lot more. But glad to the judiciary system that they provided them with certain rights. This paper examines the meaning of prison, prisoner. What are the rights they have. What are the situation they have to faced been in a prison. Its only a step to highlight the centrality of respect and to remember the human dignity and what they have fundamental right. That are provided in a prison act 1892 and in many judgements. As prison is the most important part of our justice system.

Prisoner rights that deals with the rights of the criminals while behind prison. Some rights that can’t be taken from anyone even the inmates too. As, now a days there are more number of custodial deaths have been seen. In the last 5 years the number of custodial deaths increasing repeatedly. Sometimes, police officers take their power for granted and they torture the offenders in such a way that their condition likely to be admitted in a hospital. As India don’t have any codified law but judgment from the court provides them relief and provide their rights in a better way. Take a look what are the rights of the Prisoner have and how judiciary plays an important role for the prisoner rights.

The main objective of prison is to prevent more crimes by the criminals and preventing the further crimes in the society and confine them from the society from spreading his criminality. This includes putting certain adults in “time out” when they’ve broken the societal rules we have all agreed upon. And give them chance to rehabilitate themselves. It’s the responsibility of the state to justified in imposing punishment. The grievances of punishment is to be determined by the act of the crime and how heinous is crime was committed. Imprisonment is the form of punishment in every country in the world. Some other objectives are the reformation and rehabilitation of the offenders. Prison set an example that if anyone committed wrong which was opposed to public policy then he or she should not lived the way he or she used to live with all comfort rather than this they have to live in prison under 24 hours surveillance and in judicial custody.  Inmates are locked away for a set period of time and have very limited freedoms during their incarceration.

The question is WHY?

When a person has been in a jail they are treated like worse than animal because of their lawlessness. And Yes we agreed that they committed wrong to society but that doesn’t means that they would be treated like hell they are the human too. And in many supreme court judgments noted that every person has some rights and those rights should not be taken from anyone. A person who has committed an offence becomes entitled for the enjoyment of all different kinds of human rights but within the confinement and limitations of imprisonment. Lord Macaulay in his book “Minutes of 1835” said that –“Imprisonment is the punishment to which we must chiefly trust”. He was the one who made major rules and regulations for the punishment. They already pay their value for committing wrong by living in a jail. And when person is on trial that when he is not proven guilty i.e undertrial, then also he could be in judicial custody and this process could be take years in some of the cases . Imagine when a person is on under trail for years and in judicial custody and after years he is proven innocent! what was that situation ? how he felt ? none of us has answer of that. We forget that they are the humans too. It’s the states duty of care towards the prisoners that they should be treated with duty of care. They have the obligations to do that. However, in reality, prisoners often do not meet even the most basic of standards, and many prison staff consider harsh treatment to be a legitimate way to deal with those they supervise. So, they also have certain rights.

We Indian believe in the non-violence and have the mutual respect for eachother and treat other human with dignity. Prisoners do have certain rights like right to speedy trial, right to food, right to healty environment, right to legal aid, right to meet to family and consult his lawyer, right to medical treatment. Further in the case of “M.H. WADANRAO HOSKOT V. STATE OF MAHARASHTRA”4, the court held that the right to legal aid is one of the ingredients of the procedure. Apart from this, pregnant women have some special rights like monthly checkups, can have gynecologist doctor. And after child birth a mother can have her child until the child becomes attained the six years of age.

To conclude with my opinion I would like to say that we always fight for various rights like women rights, children rights, education for all and many more but we hardly discuss on prison rights. It’s a high time to aware the society that right to healthy food, healthy environment , right to live is everyone’s right. Instead of this they faced unhygienic environment , mental illness, overcrowding, racism, gang activity, torture and many more. for prisoner, prison is itself a punishment and they expected to be places like rehabilitation, not where the extra punishment is added and that results into the violation the prisoner rights and not only prisoner rights ,human rights violation too. The Supreme Court of India, through various judgments that made clear the things relating to prison administration. Some of them have been enlisted below-

·           Every person is entitled to his very own personal liberty. This means just because a person is incarcerated or is in prison does not mean that the person becomes a non-person.

·           A person who has committed an offence becomes entitled for the enjoyment of all different kinds of human rights but within the confinement and limitations of imprisonment.

·           As the person is already suffering for the commission of his offence by incarceration, there should be no further aggravation of his suffering.

In a nutshell, by quoting the Oscar wilde’s quote “Every saint has a past and Every sinner has a future” give message to the society that It is true when it is said that man is not a born criminal but the social and economic conditions that he is born into makes him what he is. Proper food, shelter and health care treatment must be given by the prison authorities in order to really reform the prisoners after their period of incarceration.