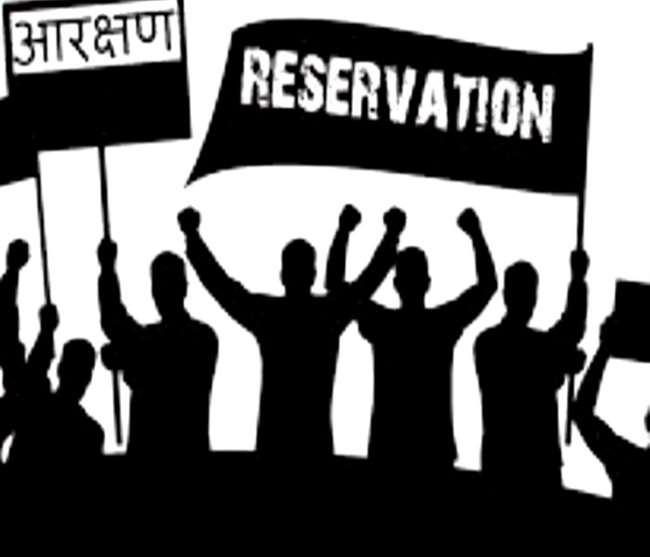 India's social structure has been built on inequity, corruption, and unfairness for ages. Even now, India's poor are subjected to widespread discrimination of all forms, including economic exploitation. Those who drafted the Constitution after independence recognized the significance of social and economic justice because they were aware of the prevalent and painful challenges of poverty that plagued the country. Because of this, India's superior justice has been entrusted with upholding the federal ideal, interpreting legislation passed by legislatures, testing the Constitution's legitimacy, and safeguarding the rights of Indian citizens. In India, the Supreme Court is given powers by the Constitution, rather than the separation of powers theory used in the United States. Courts in India, on the other hand, have evolved as a result of judicial activism in order to satisfy the nation's fundamental welfare concerns.

Reservation was enacted as a means of emancipating the nation's socially and economically backward people, known as Scheduled Castes (SC), Scheduled Tribes (ST), and the hotly contested Other Backward Classes (OBC). It was conceptualized and championed not just as a tool for allocating a few seats or a percentage-based quota, as it was in fact, but as an expedition to build a strong and prosperous country based on social harmony, in which every citizen, regardless of caste, creed, religion, sex, or other factors, could have a transparent, unbiased, and widespread opportunity. Reservation, in effect, aims to make the constitutional guarantee of equal opportunity a reality. The three principles of equality, individuality, and togetherness are at the heart of the reservation’s argument. The notion has spawned a slew of conflicting views about social fairness, merit, and group identification, all of which are vital to any discussion about reservation.

The Constitution (1st Amendment) Act, 1951, modified Article 15 to allow the state to make measures for the progress of socially and educationally disadvantaged individuals, as well as the Scheduled Castes and Scheduled Tribes. Following the amendment, the state was able to establish a Harijan Colony in order to further the interests of the backward classes. Nothing in Article 15 or sub-paragraph (g) of Clause 1 of Article 19 prevents the state from establishing specific arrangements by legislation for the progress of any socially and educationally disadvantaged sections of people, or for the Scheduled Castes or Scheduled Tribes, according to the new clause 5. Except for the minority educational institutions referred to in Clause (1) of Article 30, such special conditions apply to admission to educational institutions, including private educational institutions, whether supported or unaided by the State. Article 335 serves as a critical balancing act in the process of allocating seats based on reservations. the Article declares that the state must consider the claims of members of Scheduled Castes and Scheduled Tribes to any seats in administrative posts, but only if it will increase operational effectiveness.

In Indra Sawhney V. Union of India, the Supreme Court's Constitution Bench ruled by a 6:3 majority that the Union Government's policy to reserve 27 percent of government positions for backward classes if socially advanced individuals, are removed, is legally permissible. Seat bookings must be limited to initial appointments only, not promotions, and the total number of reservations must not exceed 50%. Articles 16(4-A) (through the 77th Amendment) and 16(4-B) (through the 81st Amendment) were introduced as a result of this historic decision. Nothing in this Article, according to clause 4-A, prevents the state from making any clause for reservation in issues of advancement to any class or classes of posts in the state service in best interest of Scheduled Castes and Scheduled Tribes who, in the state's opinion, are not fairly adressed .

The political parties of Tamil Nadu challenged the Central Government's policy of not giving reservation to the Other Backward Classes in the case of Umedsinh P. Chavda vs. Union of India and Ors. on Jun 2020. A petition was filed under Article 32 of the Indian Constitution, claiming that OBC candidates' basic rights had been infringed. The Supreme Court of India, on the other hand, ruled that the reservation is not a basic right, and so this case cannot be filed under Article 32, which only applies to violations of fundamental rights. As a result, the petitioners' applications were ordered to be withdrawn by a three-judge panel led by Justice L.N. Rao.

While reservations have long been a component of the Indian legal system, their need has recently been called into question. While most individuals are not opposed to the concept of quota, the predominance of caste-based reservation has sparked debate. When seeking a solution to the aforementioned dispute, it is recognised that the issues raised by opponents of reserve are valid. Reservation based on caste has become obsolete in the current day, and it is robbing people who are truly economically disadvantaged of their chances. Furthermore, because it is repressive and has no basis in casteism, the quota system simply serves to divide society, resulting in discrimination and disputes between various sectors. It's the polar opposite of community living. Justice Ravindran, sensing the risks of the current tendency on reservation in Ashok Kumar Thakur v. Union of India, correctly stated that when more individuals aspire to backwardness rather than forwardness, the country itself stagnates. It is therefore critical that the core of the reservation policy be preserved, and that the genuine backward classes, who are denied access to school, employment prospects, and other benefits, be benefited. Such reservation policy should not be used as a stepping stone to gain, wealth, and other associated interests for people who are simply wandering around with the label of being a backward class but are actually somewhat more socially and politically stable than the general population.