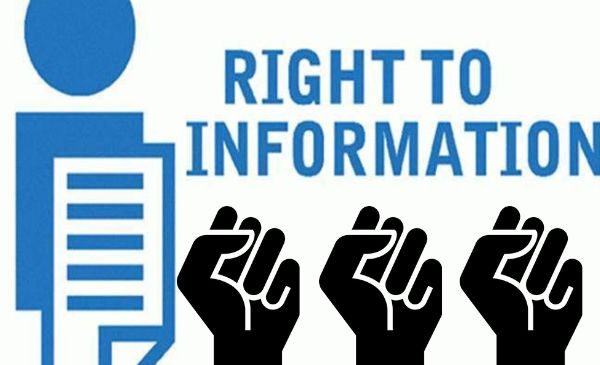 RTI Act, 2005 is a legislation passed by Indian parliament on 15 June, 2005 which empowers Indian citizens to seek any eligible information from public authorities (offices and departments of the state or central governments). The queries of the people are required to respond within 30 days and in case of matters involving a petitioner’s life and liberty, the information has to be provided within 48 hours. This act was passed in order to promote transparency and accountability in the working of government authorities.

HISTORICAL DEVELOPMENT OF RIGHT TO INFORMATION IN INDIA

The government as well as private institutions did a lot of efforts to bring Right to Information to the people. In 1977, the Janata government led by Morarji Desai modified the Officials Secret Act, 1923 so as to ensure greater flow of information to the citizens.

In 1990, Prime Minister VP Singh tried to enact legislation on RTI but due to political instability he was removed from the office in. In 1994 MazdoorKisan Shakti Sanghatan (MKSS) and in 1996, National Campaign for People’s Right to Information (NCPRI) started a campaign for RTI in Rajasthan. In 1997, Tamil Nadu became the first state in India to pass a law on right to information. In 2000, the Freedom of Information Bill was introduced in Parliament and was passed in both houses in December 2002. In 2003, it received assent from the President of India and became law. In 2004, the UPA government tabled the RTI bill but that was only applicable to the union government. Various civil societies and people were not happy with this as people required most of the information from state governments. So, the bill was amended and applied to the state governments too.

These amendments are required in order to strengthen the overall RTI structure. Election Commission is a constitutional body whereas Information Commission is a statutory body. Thus their status needs to be rationalized accordingly. This bill is brought to reinforce the act and ensure greater transparency.

It has also been ruled that the CIC and ICs appointed before the commencement of RTI amendment bill shall continue to be governed by the old provisions of RTI Act, 2005.

CRITICAL ANALYSIS OF THE AMENDMENT BILL

The RTI Amendment Bill threatens the autonomy and independence of CIC and ICS as they can threaten these officials with arbitrary removal or decrease in salary if they disclose any controversial information of the government. Such absolute powers to the central government may lead to the crippling of the neutrality of ICs. They would lose their independent authority and may behave like ‘government employees’. It will empower the central government to unilaterally decide which information to reveal and which not to reveal.

The RTI Amendment Bill has no positive impact on the idea and structure of RTI. The transparency and accountability in the working of public authority which was ensured by the RTI Act, 2005 is being crippled by this Amendment Bill, 2019. Now, ensuring the longevity of their tenure might be more important for the ICs than serving the citizen’s interests. Through this amendment bill, the unbiased free flow of information is being replaced by the censored information. It also violates the spirit of fundamental right, ‘right to freedom of speech and expression’. The Information Commissioner is now no more adorned with independence, transparency, status and authority but will now be functioning as subordinate units to the central government.