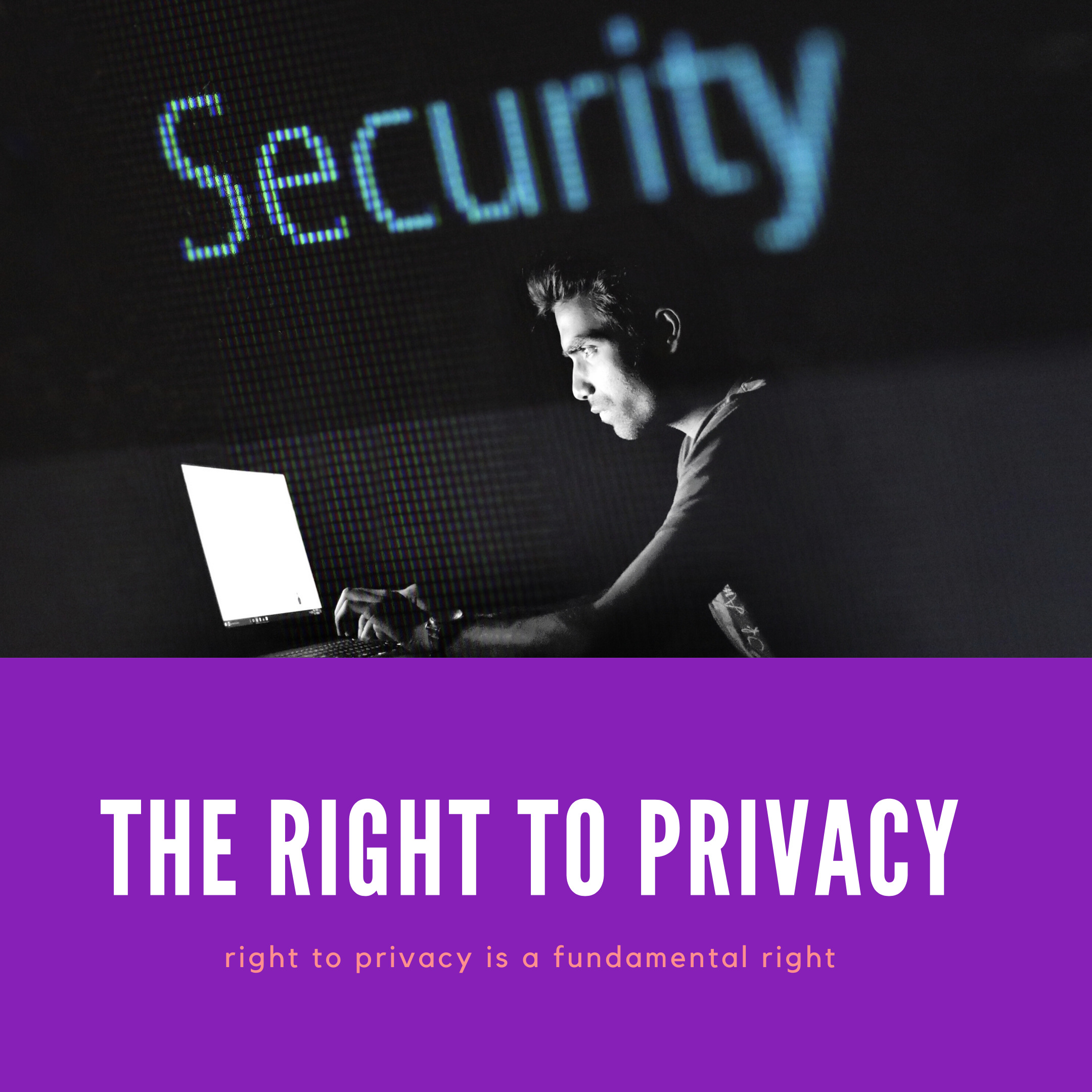 Right to privacy is a vital part of constituent to protect our life and personal liberty under article 21. Right to privacy in India is developed through various decisions over the past 70 years. Privacy can be extended to integrity, personal autonomy, protection from State surveillance, and confidentiality and dignity. Article 12 of the Universal declaration of Human Rights, 1948 and Article 17 of the International Covenant on Civil and Political Rights, 1966, legally protects person against arbitrary interference with ones’ privacy, family home, honour and reputation. According to the Article 21 of the Constitution of India “No person shall be deprived of his life or personal liberty except according to the procedure established by law”.

Personal Data Protection Bill , 2019 was introduced in Lok Sabha by the Minister of Electronics and information technology. Bill provides protection of personal data of individuals and established a data protection authority for same. In earlier days, law would give protection only from physical dangers such as trespass from which Right to property emerged to secure his house and cattle. This was considered to be the Right to life. As law changes to solve problem faced by the people it was believe that not only physical security required, but also security of feelings, intellect was required.

In 2012 KS Puttaswamy filed a case against adhaar considering it as an intrusion to right to privacy. On 24th August, 2017, “The marathon Supreme Court hearings on the right to privacy saw debates and discussions on the "amorphous" right to privacy and whether it deserved the status of a fundamental right.” To summarize the views of the

bench, “right to privacy is to be considered as fundamental right of the citizen. And as we are living in technical era, right to privacy is a necessity for a dignified life.” While central government, UIDAI and other government believed that, “privacy is more of a subjective thing. It has different categories and sub-categories. It is difficult to merge all the categories and consider it under right to privacy. Collecting citizens’ data for formulation of better policy doesn’t harm anyone’s right to privacy.” While the statements and arguments went on, the government formulated the adhaar act to balance out everything. In today’s era privacy and data protection is of utmost important. During this COVID-19 situation everybody has started doing their work online; so our personal work has become much more vulnerable to suspicious hacking activities. Now question arises here how to protect our confidential and sensitive information. First of all we should be aware of various types of attacks. They are of two types: Active attack and passive attack. Active attack is the type of attack in which attacker can modify or change content of messages. Due to active attack system is always damaged and system resources can be changed. Passive attack is the type of attach in which attacker observe the content of messages or copy the content of messages.

Some of the security problems arise can be listed as: malware, viruses, Trojan horse and password cracking. Malware is software that infects and damages a computer system without the owners’ knowledge.

To stop malware we can download an anti-malware program that can help us to prevent infections. Activate network threat protection, firewall and antivirus. A virus is a program that is loaded onto your computer without your knowledge and runs against your wishes. For that one can install a security suite that protects the computer against threats such as viruses and worms.

Trojan horses are email viruses that can duplicate themselves, steal information and harm the computer system. To avoid Trojan Avast internet security will prevent you from downloading Trojans.

Hacker is a person who gains access to administrative controls. It may be impossible to prevent computer hacking but effective security controls such as keeping strong passwords and use of firewall can help. Another is password cracking: such attacks are done by determining passwords to different protected social network sites. For that never use same passwords for two different sites.

Cyber security standards are security standards which enable the organization to practice safe security techniques to minimize the number of successful cyber security attacks. Cyber law is an IT law regarding information technology including computer and internet. IT Act 2000, is the first legislation on technology, computers, e-commerce and e communication. It is a law that deals with cybercrime and electronic commerce in India. With increasing dependency on software and the vulnerability to cyber-attacks, such kind of laws are necessary for the nation’s safety. We should be working more in this field to formulate stricter rules and regulations to prevent cyber-attacks in the nation.