RIGHTS OF AN ARRESTED PERSON 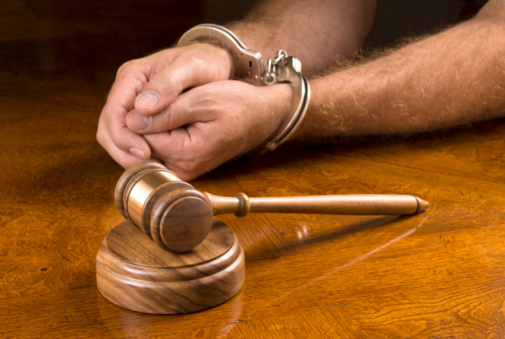 Every person on the globe is entitled to a set of fundamental human freedoms known as human rights. There are no limits or limitations on these rights. This implies that everyone, even if they are a criminal or are about to be jailed, should be free to exercise their human rights. Fundamental rights, as defined by the Indian constitution, are basic human rights that cannot be abridged by any government, legislature, or even the judiciary. As a result, an arrested person, like any other citizen, has some basic rights that no organisation, let alone the police, can violate.

The judicial system in India is founded on the principle of "innocent until proven guilty." Our Indian constitution's Article 21 declares that a person's liberty cannot be curtailed unless it is done in line with legal standards. The right to personal liberty is one of the most fundamental human rights since it affects essential components of an individual's physical freedom. If the right to life is the cornerstone of civilization, then the right to freedom is the beating heart of humanity. The Supreme Court stated in Bandhua Mukti Morcha v. Union of India that Article 21 is at the heart of all people's basic rights. and should be taken in a broad sense.

As a result, an accused's first and most important right is to know the reason for his arrest. Several parts of the CrPC and Article 22 (1) support this right. According to Section 50 of the Criminal Procedure Code, any police officer or other person authorised to arrest a person without a warrant must tell the apprehended person of the offence for which he is being held and any additional grounds for the arrest. Article 22(1) of the Indian Constitution further stipulates that no police officer should detain someone without first notifying them of the reason for their detention.

Another privilege is provided under section 55 of the CrPC and article 22(2), which provides that a police officer who makes an arrest must be brought before a magistrate within 24 hours of the arrest. If the police officer does not appear in front of the Magistrate within 24 hours, he will be charged with unlawful detention. Any individual who has been detained has the right to a fair trial free of bias. Although there are no provisions in the CrPC to assert this, it is derived from articles of our constitution and past judgments. In Huissainara Khatoon versus Home Secretary, State of Bihar, the court stated that "the trial is to be disposed with as swiftly as feasible." According to Article 14 of the Constitution, "all individuals are equal before the law." It implies that all sides to a disagreement should be treated equally and In the case of both parties, the concept of natural fairness should be considered.

The ability to consult an attorney is a crucial right that permits a detainee to defend oneself. According to Article 22(1) of the constitution, an arrested person has the right to select a lawyer and to be represented by a pleader of his choosing and as per Section 303 of the CrPC, anybody accused of committing a crime before a criminal court or facing criminal charges has the right to be represented by a lawyer of his choice. Similarly, Article 39A requires a state to offer free legal assistance in the pursuit of justice. In the case of Khatri (II) vs. State of Bihar, this privilege was also clearly granted. “To offer free legal help to the impoverished accused person,” the court ruled.

The landmark case, D.K Basu versus State of West Bengal and others is noteworthy as it focuses "on the rights of the arrested individual while still requiring the police officer to do specific activities." The court further stipulates that if a police officer fails to execute his duties, he would be held in contempt of court and subject to departmental punishment.

An accused or arrested individual in India has a number of rights. But the real question is whether or not these rights are respected. We are all aware of the brutality and inhumane abuse that these victims have received. We live in a world where people rot in jail and police officers commit atrocities. This is today’s reality. “Personal liberty is the greatest necessity to human dignity and happiness,” as Edward Buttler Lytton primely focused. Personal liberty and basic human rights are essential human rights. A citizen's right to life cannot be suspended because of an arrest. Humanity always comes first, and human rights breaches are the worst kind of evil in the world. However, given the current climate, it is difficult to blame the authorities because they are also working in a hostile environment, but a balanced approach should be taken where people' rights are protected but investigations are not hampered and perpetrators are brought to justice. Hence, a due process of law should always be followed.