Should polygamous marriages be legalised or not? 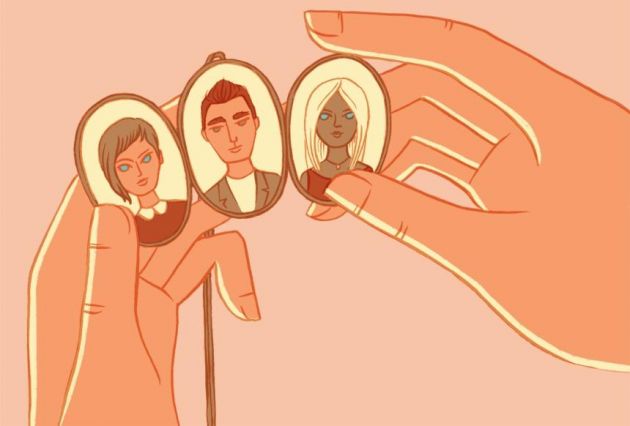 Polygamous marriages refer to the practice of marrying multiple spouses. It exists typically in three forms: Polygyny- the widely practised and accepted form wherein a man is legally permitted to have multiple wives concurrently. Polyandry - a kind wherein a woman is legally permitted to have multiple husbands concurrently. Group marriages- wherein multiple wives and husbands of the legal age, make up the family unit.

Polygamy in its most common forms falls short of the ideal forms advocated by its proponents. In reality, it is often based on the multiple-wives-per-husband paradigm, i.e., polygyny. The most heinous form, as it is one of the underlying causes of atrocities committed against women by society over time.

To begin, polygyny in practice is frequently associated with higher rates of violence against women, psychological sufferings, and co-wife disputes. Women in this culture of polygynous marriages are often coerced to marry at a young age and have more children. They are subjected to domestic abuses, sexual assault, female genital mutilation, and even heinous crimes like sex trafficking. Moreover, female partners are highly susceptible to chronic diseases like AIDS. Even during childbirth, they are most likely to succumb. Consequently, they have a lower expectancy rate than their monogamous sisters.

Furthermore, the children’s well-being is jeopardised. A child who gets a high amount of attention, affection, and financial support from their dads in a stable, two-parent household is more likely to thrive and become excellent citizens and employees. However, in polygynous marriages, a child is often cut off from financial support or is not expected to receive high investments from the father. This might explain why studies show that compared to their monotonous counterparts, children from polygynous households are more susceptible to perform poorly academically and psychologically.

In addition, it cultivates social inequality between the rich and the poor because the rich can support multiple partners while poor men are barred from marrying. Since men and women are approximately equals, the number of women decreases because of the dominance of polygyny, leaving poorer men unable to find an adequate partner.

Also, there is a lack of mutuality since some partners may not agree to enter polygamous marriages, and in most cases, other partner's consent is not taken into account. For instance, if the first wife does not favour the idea of her husband marrying another woman, she couldn't oppose it since this culture does not seek her consent.

Moving forward to its other form, i.e., polyandry. This model of women marrying multiple men is hardly taken into consideration. It is way too scarce in practising. Because of patriarchy, the traditional marriage narrative emphasises men's superiority. There is a reason why polyandry is uncommon- ingrained sexism. Men are less likely than women to share their wives with other men than women are to share their husbands with other women.

As per researches, women having multiple partners is the least common arrangement in polyamorous relationships among high-income or highly educated Americans. Hence, If polygamous marriages were to be prevalent in secular culture, there is every reason to expect that polygyny would eventually prevail over polyandry. So, before legalising multiple marriages, which will allow it to function in a more subversive and patriarchal way, it is necessary to eliminate patriarchy and then move forward with such recognition. Even if long-standing patterns reversed and women began to take multiple men as spouses in far greater numbers than men began to take multiple women as spouses, the inegalitarian structure of polygamous society would still deny a category of losers––low-status women in this case––the opportunity to marry.

Furthermore, there are some legal ramifications to polygamous marriage. Marriage is a distributive justice scheme. Marriage is rarely between two people of equal socioeconomic standing. As a result, marriage strives to share resources fairly between the two partners. There are also laws to resolve disputes in the event of a divorce, such as child custody rules, property laws, etc. As a result, stripping marriage of its status as a state-recognized institution would be counterproductive. Now when these marital advantages are being extended to several persons in polygamy, problems arise.

For instance, in a four-person marriage, if two individuals desire a specific spouse and the other two do not, how will they decide? How the money and possessions will be divided in a divorce if one spouse quits. Who is accountable for children: biological parents or everyone part of polygamous marriage. Moreover, there is a custody issue in divorce; that is the most complex aspect.

Aside from any of these other issues, polygamist marriages are less stable than monogamous marriages. The Human Rights Committee and the Committee on the Elimination of Discrimination Against Women, for the aforementioned reasons of violence against women, gender disparity, children’ sufferings, legal complications etc., have strongly condemned this practice and even prohibited its legalisation. Furthermore, As a part of general recommendation 21 in CEDAW report, the committee found that polygamous marriages contravenes a woman's right to equality with men, and can have severe emotional and financial consequences for her and her dependents. Considering the data of the states where polygamous marriage is permitted, it further mentions that this practice violates the constitutional rights of women, and breaches the provisions of article 5 (a) of the Convention. The committee then concluded that polygamy is contrary to the Convention and must be “discouraged and prohibited”. Hence, it should not be legalised and the prime focus should be on eradicating the social evils against women prevailing in the society.