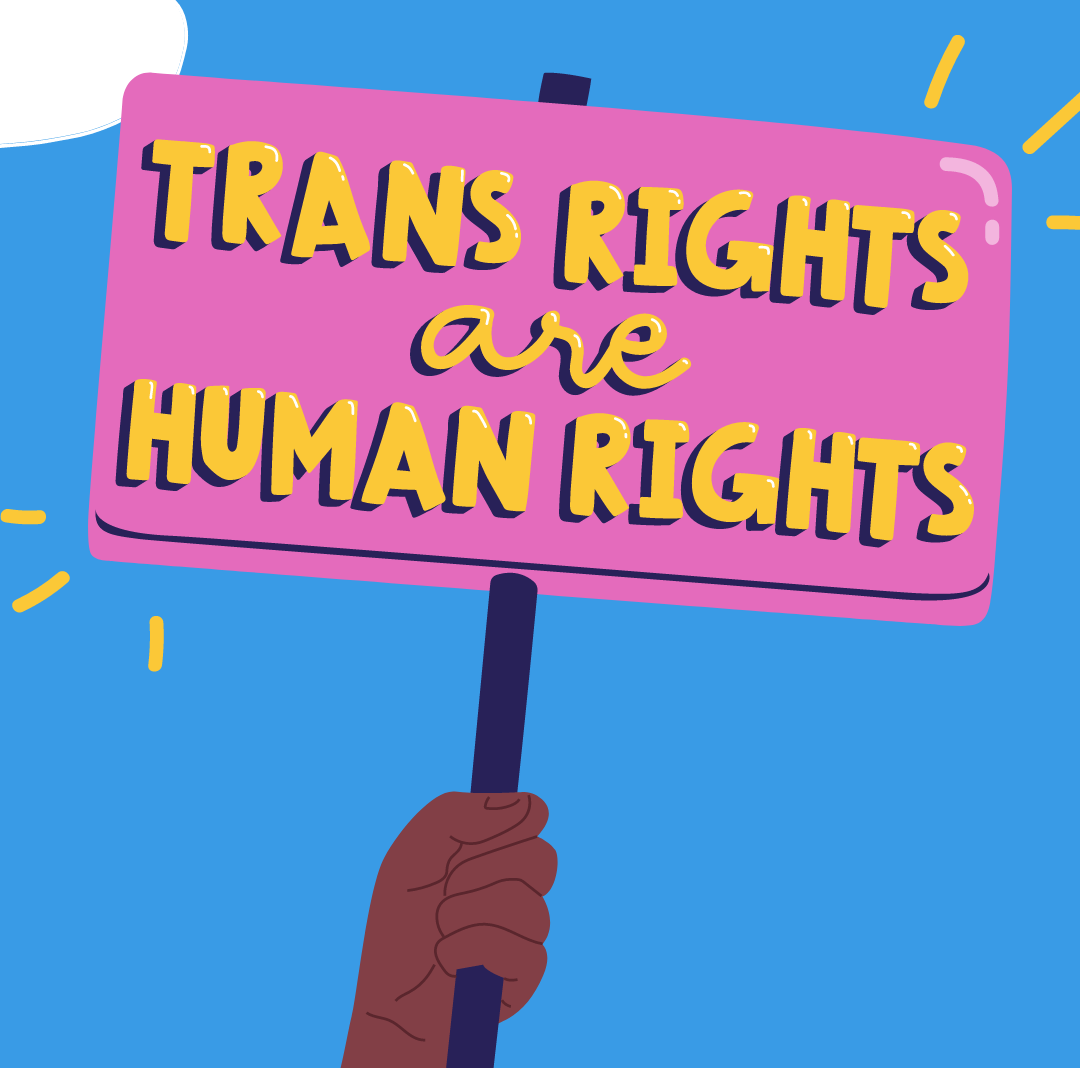 The Indian census has never recognized third gender i.e. transgender while collecting the census data for years. But in 2011, data about transgender people was collected, with details related to their employment, literacy, and caste. In India, total population of transgender is around 4.88 lakh as per the 2011 census. Out of the 4, 87,803 transgender people, 54,854 are children of age group 0-7 years; 78,811 are SC and 33,293 are ST; and the literacy rate of the transgender people is 56.07%.

How Does Society Discriminated Against Transgender People?

According to the NHRC report, the total transgender population, as per the 2011 census is 4.8 lakh; only 30,000 are registered with the Election Commission. However, estimates suggest that there are 50 to 60 lakh transgender people in India but most keep it a secret to avoid discrimination. This proves the social fear that prevails inside such people’s minds. Around 99% have suffered social rejection on more than one occasion, even from their family, while 96% of transgender people are denied jobs and forced to take up low paying or undignified works like badhais, sex work, and begging. Around 50 to 60% of transgender people have never attended school and faced discrimination. Around 57% are keen on getting the sex-alignment surgery but don’t have money for it. 18% of them are physically abused, while 62% are verbally abused in school. 15% are harassed by students as well as teachers.

Apart from this, transgenders have difficulty assessing health care services due to social stigma. In the United States, the most common finding across self-surveys and needs assessments is that about 50% of transgender people report unwanted sexual activity. They are forced into this work due to hunger, unemployment, and social discrimination. Many reported that they could not get a job even despite having skills. Therefore, they started working as sex workers to fulfil their basic needs. They also don’t get shelter due to the social stigma attached to their gender. The transgenders were also ill-treated by their families since childhood. They are tortured physically and mentally by their families for changing sex. Many reports found that they were sexually abused by their relatives and trusted people as well.

Also, they are prone to various kinds of harassment at their workplace. They face exclusion, ignorance, humiliation, and unwanted comments. All this results in mental trauma, stress, and mental disorders. They start hating others as well as themselves. The feelings they face are not normal for anyone. Social exclusion is also a big factor that makes them feel vulnerable. It not only affects them mentally, but also degrades their health.

Society always has an ignorant attitude towards such people. They are either ignored or treated like criminals. The transgender people who work and take Badhai are always mistreated and abused by community members. They are ill-treated and not respected at all. Very few institutions enrol transgender people. They don’t get education; consequently, remain unaware and dependent. RTE guarantees the educational right but it does make it compulsory to treat every student in the same way. It is seen that the teachers and students have an awkward opinion about the transgender people. Even the NHRC data states that only 56.07% transgender people (who disclosed their identity) are educated. But there are many more who do not reveal their gender. They are not provided with education and suffer from discrimination in their own houses.

Next comes another problem – lack of employment. Since, they are not given proper education, they lack job opportunities. It can be simply observed by anyone that very few transgenders are seen at workplaces. Those who are given a job, are given comparatively low salaries. They are often excluded, harassed by their colleagues and seniors. They receive unwanted comments and abuse. Apart from this all, they are not given a chance to participate with the teams equally and the task of handling client relationship, due to t

he social stigma. As a result of the vulnerability caused, they leave their workplace in most cases.

The nexus gets wider when the lack of education and employment does not allow them to meet their needs. Poverty makes them even more vulnerable. Earlier, they were not given proper identity. Now, after SC legitimating LGBTQ community, they have gotten their identity but not dignity. Poverty forces them to be sex workers or beggars. Sometimes, they are used for human trafficking purposes too. They are beaten and harassed. The clients harass and abuse the sex workers physically, mentally, and sexually. They are also more prone to STDs due to the ignorance and non-awareness of clients and traders. It does not end here; they are used as beggars and sent for risky works. They thus face grave danger, health complications, and violence. There have been cases where the transgender people are forced by the traffickers to get some surgeries done and they even die in this process.

Racism is the biggest problem faced by transgender people. They are avoided and not regarded as normal human beings. Due to this, their families force them to undergo hormonal therapy, which hurts them more. They are unable to change their body easily, and in turn face lots of health complications and hormonal diseases. They also face exclusion in day-to-day lives. They find it hard to stand in gender-based queues of public places as the queue members do not accept them. They also face stares and comments at most public places. As a result, homeless, transgender youth is more likely to turn to drug dealing, car theft, and sexual exploitation. According to the Human Rights Campaign, only 43% of gender-expansive youth said that they could turn to an adult in their family if they were worried or sad. In educational institutions, transgender individuals face discrimination from peers. They are three times more likely to be excluded by peers because they are “different.” A survey of National Centre of Transgender Equality states, “Those who expressed a transgender identity or gender non-conformity while in grades reported alarming rates of harassment (78%), physical assault (35%) and sexual violence (12%); harassment was so severe that it led almost one-sixth (15%) to leave a school in higher education.”

They don’t even get medical services easily and are mistreated by hospital staff. Also, they are ignored at hotels and restaurants too. They struggle to achieve their goals.

Changes that Have Helped the Transgender People

National Legal Services Authority v. Union of India was a landmark decision by the Supreme Court of India, which declared transgender people to be a 'third gender'. It affirmed that the fundamental rights granted under the Constitution of India will be equally applicable to transgender people and gave them the right to self-identification of their gender as male, female or third-gender. This judgment may be a major step towards equality in India. In addition, the court also held that transgender individuals would be allowed reservations in educational institutions and employments. Transgender individuals in India are permitted to alter their legitimate sexual orientation post-sex reassignment surgery beneath enactment passed in 2019, and have a protected right to enlist themselves beneath a third sex

Central and State Governments have coordinated to provide appropriate measures to supply medical care to transgender individuals within the healing centres, and conjointly give them isolated public toilets and other offices. Also, they have coordinated to organize isolated HIV/Sero-surveillance measures for transgender individuals. Central and State Governments have been ordered to provide the community-different social welfare plans and  treat the community as socially and financially weaker classes. They have also been asked to amplify reservation in educational institutions and for public appointments. These are the broadest indications - Central and State Governments are stated to take necessary steps to make social awareness so that the transgender individuals would feel that they too are a part of society. There is a dire need to take measures to re-establish their esteem and put in society; and truly address the issues such as fear, disgrace, sex dysphoria, social weight, misery, suicidal tendencies, and social stigma.

In spite of these constitutional amendments, no clear law has been sanctioned to boycott separation on the premise of both sexual introduction and gender identity. Without a doubt, India does not have comprehensive anti-discrimination laws for separation and badgering in private work, but for sexual harassment. Concerning employment, Article 15 only extends to discrimination from the state or government bodies.

Adopted in 2019, the Transgender Persons (Protection of Rights) Act, 2019 bans unfair discrimination against transgender people in educational establishment and services, employment, healthcare services, access to the "use of any goods, accommodation, service, facility, benefit, privilege or opportunity dedicated to the use of the general public or customarily available to the public", the right to movement, the right to "reside, purchase, rent or otherwise occupy any property", the opportunity to stand for or hold public or private office, and in government or private establishments.

How to Bring Equality

First of all, the government need to ensure that education is provided to all the vulnerable transgender people. They must be enrolled in schools and universities, and should get academic qualification.

Awareness must be created in society and social campaigning should be there to remove the barrier-like mind-set. By continuous inclusion of transgender peple in different institutes, people will accept them more.

Transgender people should be made a part of every sector, through reservation. They must be given employment and education. All the corporations, educational institutes, and service sector must ensure the participation of transgenders to make the environment acclimatized for them. They must be given equal opportunities by the institutes to provide them with a platform.

They must be given ration cards and employment opportunities to help them cope up with poverty. They must be given packages, loans, and assistance to set up group retail chains or any sector. This will in turn make them capable to earn and live with dignity.

Every person needs to be treated equally and respectfully. This will not only abolish the social discrimination faced vy transgender people, but will also make the society better and beautiful.