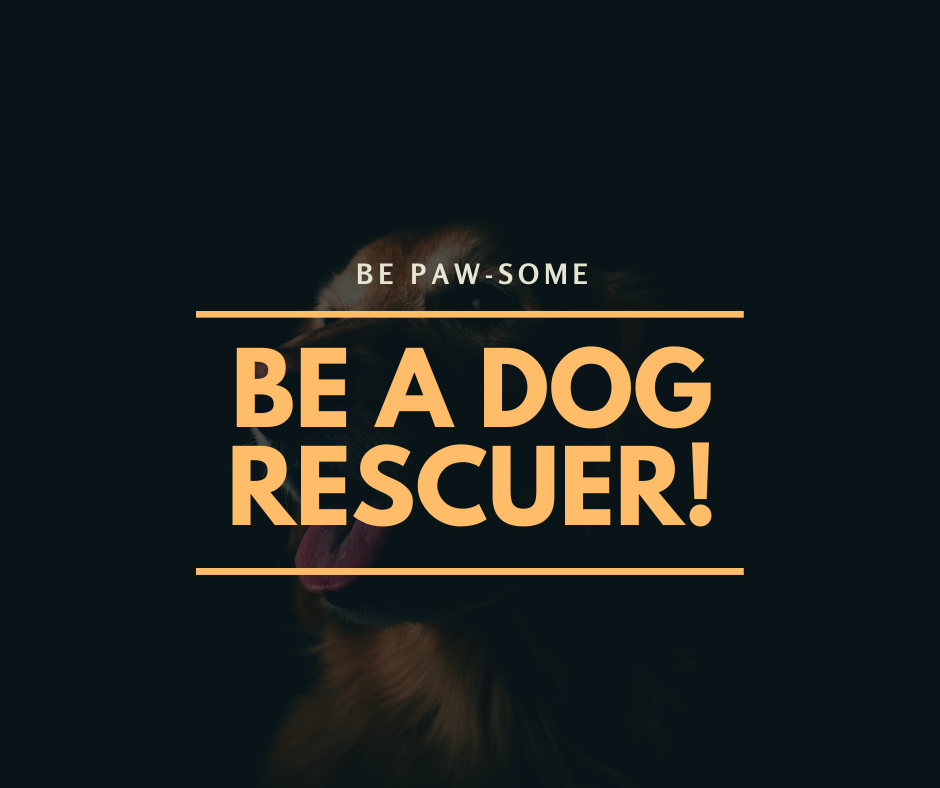 If you have been paying attention to news off late, you would have come across several reports detailing how stray dogs were picked, trampled over, tied up, thrown down, dragged across the road, drowned, and even burned alive. For a country that takes great pride in respecting and protecting cows, deeming them sacred and holy; there seems to be an increasing number of cases of stray dogs’ torture and abuse.

How Does It Happen?

Graphic videos and photos circulate over social media like wildfire. One of them shows how some male students of a Chennai-based engineering college decided to brutally kill innocent dogs by throwing them from the rooftop of a high-rise building. All this just for their own sadistic pleasure and amusement. Other such instances have occurred as well: some boys tied a dog’s legs up and threw it in a river to get drowned. The horrific event was filmed as a TikTok video, which was uploaded publicly.

What makes these young boys commit such alarming acts of violence against animals, who cannot even fight back, who didn’t even disturb them in the first place

In another case of animal abuse, a town in Karnataka purportedly carried out the mass murdering of as many as 150 stray dogs. Animals right activists in the state have discovered mass dog graves in Davangere district, where the villagers dumped the stray dogs after killing them. According to the FIR registered on Monday, 27 November, the mass killing was organised by the village panchayat – with Rs 150 being offered for every dog that was killed.

It is common knowledge that any animal, no matter how big or small, would not purposefully attack an individual, unless one tries to annoy it first. Sure, a wild tiger in a jungle is very likely to attack and kill a man as its prey, but the same principle cannot be applied to a dog in any urban or rural society. Dogs are one of the smartest and friendliest animals, who have been domesticated for centuries. They are pretty much used to live amongst humans. They live in packs and are hence; very approachable, calm, and trust-worthy animals. This makes it all the more infuriating that some vile human beings would go to such great lengths to purposefully hurt, harm, and kill these innocent animals.

Why Does It Happen?

The increase in the population of stray dogs has made the situation worse. Dog bites are one of the common issues in residential areas and a big reason behind the cruelty inflicted on them. Due to summers, these animals suffer from anxiety and other mental disorders. Additionally, they don’t even get water outside; humidity and hot weather affects them harshly. As a result, they bite people.

In India, Municipalities do not take the responsibility of street dogs. Thus, they lack the proper vaccination and immunisation for their well-being. They get affected with various infections because of mosquitoes, flies, insects, etc. Lack of immunisation also leads to itching, rashes, and irritation among dogs that cause them to attack other animals.

Abandonment is a huge issue. Careless pet lovers create crisis by abandoning their pets. This is not good as we already have a huge population of street dogs. A lot of people think that having a dogs is just a matter of convenience; you can keep them for as long as you like them and leave them whenever you want. No wonder then that the dogs end up hating the human population. Abandoning the pets is a sin because the latter regard the care-takers as its family. Getting separating actually affects it emotionally and mentally.

Dogs barking, crying, and battling over mating can be exasperating to people. Even the foul smell of dog urine (leptospirosis), which may be a sign of domain stamping, can turn pungent among unsprayed or neutered dogs. It is actually the Municipality’s responsibility to keep sanitation and cleanliness but due to the lack of the government and municipal intervention, such issue becomes a major problem.

India also has very lesser few organizations and NGOs dealing with the care of street dogs. This is not the case in various other developing and developed countries that take good care of dogs. Timely sprays and neutralization are provided to avoid unnecessary population growth. Many countries have organisations like Animal Control, the Humane Society, the SPCA, private shelters, and rescue organisations that work for stray dogs’ care and safety. The Indian government has to come up with large scale interventions and organisations that can deal with the problem. Rules for prevention of cruelty to animals that came in 1960 got amended in the year 2017, but the judicious implementation of regulations needs to be renewed and implemented in a more organised way.

There are some people who have sold all their assets, given up luxurious lifestyles, and taken up multiple jobs to be able to afford taking care of multiple dogs. Takis Proestakis is a man from Greece who saved over 50 dogs in a year from garbage dumps, and continues to help more animals in need. Many others like him do exist, making this world a better place. An unnamed woman from Tamil Nadu, who is a house-maid, takes care of over 13 dogs. She calls those dogs her ‘babies’ and eats only once a day so that she can have enough food to feed all of them. Animal Aid India and In Defence of Animals are two popular Indian organisations that help in the rescue, recovery and rehabilitation of animals, primarily dogs, who have been abandoned, mutilated, or tortured.

But this is not enough. As great and noble as these people are, there still are some disgusting people out there, waiting for opportunities to abuse innocent dogs. This stems from a sadistic desire, which gives a person pleasure in inflicting pain on the captive. For some, the more their captive struggles, screams, and cries in agony; the higher is the pleasure derived from such actions. It is twisted, to say the least. There is no doubt that such people deserve treatment as they do suffer from some mental issues. Intervention is necessary.

Under Sections 428 and 429, which deals with mischief by killing or maiming: if the crime in proven, the punishment could range from two years of imprisonment to life imprisonment.

Like many other nations, India too considers the animal cruelty to be a punishable crime. But the lack of effective laws indirectly encourages the occurrence of such tragic incidents. The maximum punishment under the Prevention of Cruelty to Animals Act of 1960 is a fine of 50 rupees (about US 70 cents) or imprisonment up to three months or both. This is not so effective in creating fear among people.

In the United States, acts of cruelty against animals are now counted in the FBI’s criminal database. In Australia, the maximum penalty for animal cruelty offenses is a five-year prison term and a fine of A$50,000 (US$36,000) for individuals and A$250,000 for corporations. Such strict rules are to be made to safeguard the lives of animals. The killing of animals not only harms their community but also degrades the environmental balance.

The policies of the Animal Welfare Board of India, NGOs, and other organisations need to function in a way that can make life safe, healthy and comfortable for these animals and humans alike. The national programme to sterilise and vaccinate, called the Animal Birth Control Programme, has been scientifically proven as the most humane and effective way of controlling birth of animals. This needs to be implemented well and followed for the overall welfare of the environment and society.

Stray dogs are a part of our society and therefore, should be protected by the government.

For example, Mumbai has over 12 million human residents, out of which over half are slum-dwellers. At least five hundred tons of garbage remains uncollected daily. Therefore, conditions are perfect for supporting a particularly large population of stray dogs. India has the highest number of human rabies deaths in the world (estimated at 20,000 per annum).

In 2001, a law was passed in India that made the killing of stray dogs illegal. In addition, residents often feed the animals as well. In August 2014, the Delhi Police announced plans to recruit some of the city's stray dogs as police dogs, after training them.

In November 2015, the Supreme Court asked all the states and union territories to follow central rules, which ban the killing stray dogs in India. The Court ruled that only “irretrievably ill or mortally wounded” stray dogs can be eliminated, which should happen in a “humane manner.”

How to Stop Dog Abuse and Save Them

Government should build shelters for such animals and not leave them abandoned on the streets. The shelters will take care of street dogs and they will be vaccinated timely. Also, they would be happy to stay together. Many a times, they feed on polythene and sweet dishes that becomes the cause of their death. Through this shelter facility, they will be safe and healthy.

Most importantly, animal abuse laws must be made stricter and more rigid. As long as such actions go unpunished, they will continue to repeat themselves, with an increase in frequency and shock value. Stricter animal protection laws are not just necessary but also moral. To set an example for the future offenders, this seems only just.

Also, people should understand that keeping pets is good. Buying pets from shops is not the solution. Every pet in a shop is created to satisfy human needs. They suffer biological treatments, abuse and many hardships to be of a particular colours, breed, etc. Adopt the street dogs and puppies to give them a good life. Your love and duty for animals is accomplished when you actually help those animals in living good life.

As a citizen, keep aside some water and food for street animals. Municipality should also make tanks for water that will quench the thirst of cows, dogs, cats, birds, etc. The society should take the responsibility to provide water to them by filling the tanks.