The Destruction of the Amazon: The Lifeline of our Planet. 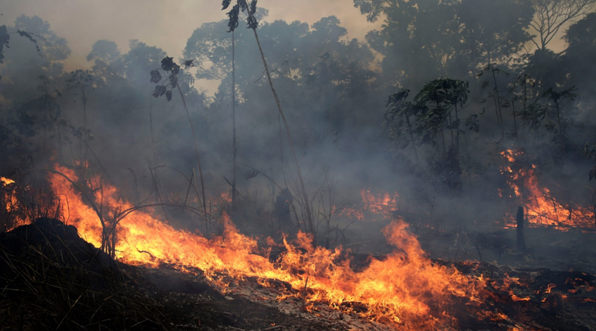 Deforestation is the clearing, destroying, or otherwise removal of trees through deliberate, natural, or accidental means. It can occur in any area densely populated by trees and other plant life, but the majority of it is currently happening in the Amazon rainforest.

The loss of trees and other vegetation can cause climate change, desertification, soil erosion, fewer crops, flooding, increased greenhouse gases in the atmosphere, and a host of problems for indigenous people.

Deforestation occurs for a number of reasons, including farming, with 80% of deforestation resulting from extensive cattle ranching, and logging for materials and development. It has been happening for thousands of years, arguably since man began converting from hunter/gatherer to agriculture-based societies, and required larger, unobstructed tracks of land to accommodate cattle, crops, and housing. It was only after the onset of the modern era that it became an epidemic.

Deforestation can have devastating impacts on the ecology of the area as well as on the lives of the people that depend on the forest for their livelihood.

The trees of the rainforest that provide shelter for some species also provide the canopy that regulates the temperature. Deforestation results in a more drastic temperature variation from day to night, much like a desert, which could prove fatal for many inhabitants.

2.    Increased Greenhouse gases: In addition to the loss of habitat, the lack of trees also allows a greater amount of greenhouse gases to be released into the atmosphere. Healthy forests absorb carbon dioxide from the atmosphere, acting as valuable carbon sinks. Deforested areas lose that ability and release more carbon.

3.    Water in the Atmosphere: The trees also help control the level of water in the atmosphere by helping to regulate the water cycle. In deforested areas, there is less water in the air to be returned to the soil. This then causes dryer soil and the inability to grow crops.

4.    Soil Erosion and Flooding:Trees help the land to retain water and topsoil, which provides the rich nutrients to sustain additional forest life.Without forests, the soil erodes and washes away, causing farmers to move on and perpetuate the cycle. The barren land which is left behind in the wake of these unsustainable agricultural practices is then more susceptible to flooding, specifically in coastal regions.

5.    Destruction of Homelands of Indigenous People: The indigenous communities that live in the forest and depend on the forest to sustain their way of life are also under threat.

But it is all the more important to realise that the destruction of the Amazon is not something which is out of our hands. No matter which background we come from and whether we live in cities or villages, there are a few things that we as individuals can do to help save the Amazon.

1.     Reduce your paper and wood consumption.

4.    Hold businesses that are involved in deforestation accountable.

6.    Donate to support indigenous populations of the Amazon.

Vote the right people to power; people who show concern for environmental activism should be voted to power.