The shadow pandemic within home 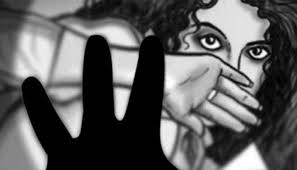 Women for ages have been a site for violence that takes various forms, from molestation, sexual harassment, honor killing to heinous crimes like rape. It’s not an exception that for long, women have been at the receiving ends of the toxic patriarchy, that entitles some males to violate women emotionally, mentally and physically, which is an infringement to their basic rights. The lockdown imposed to curb the spread of coronavirus, brought the life to a standstill for economies and societies around the world along with which it gave a cultural gaze that subordinates and discriminates against women. One of the most fatalistic outcomes of this pandemic is an increase in the number of cases in domestic violence globally. Homes now became a locus for the perpetuators to continue this violence.

Globally the world witnessed an increase in such cases including the countries like Singapore, France, Cyprus, Argentina, China, United States. India, ranked fourth on the charts of gender inequality, shows similar trends.

This pandemic exacerbated the already existing forms of violence with significant rise in complaints within the fortnight of 24th March 2020, the day Mr. Narendra Modi announced the nationwide lockdown in India. On the contrary, the monthly data released by National Commission of women revealed an alternative picture, with a decrease in the number of cases reported. The reasons for this can be attributed to the restricted movement at part of the women, constant supervision by their abusers, reduced contact with the family members and unavailability of the formal support system. These factors further strengthen the grasp of the domestic violence by the perpetuators and contribute in gaining a strong foothold to continue with their immoral acts.

However, there are other factors at play such as socialization of women that taught them to stay silent for the ill treatment they receive at the hands of their husbands, prevalence of orthodox norms in society , economic dependency of women , societal shame, victim blaming due to which the victims fear reporting and are confined in closed spaces with abusive partners.

Let us delve upon the reasons for such a horrifying surge in the cases reported. The causation factors include- loss of economic security by the male heads of the household that consequently intensifies exertion of control on their spouses, physical confinement, scarcity of the basic resources, unemployment, slowed down businesses and other psychological stressors. Other major reasons are very much rooted in the patriarchal structure of the society that creates disparity related to the household work, which is primarily considered the domain of the women. With the absence of the domestic helps during the pandemic, the workload thrown at the shoulders of women alone added up to their misery and ongoing frictions between the couples leading to increase in cases of domestic violence.

We thus witness a pandemic within a pandemic. Domestic violence victims suffer long term health and mental disorders in their lifetime. Hence, it becomes all the more essential to cater their needs by sensitizing individuals towards the increased risk of domestic violence, creating awareness through different platforms such as social media, nationwide campaigns, practicing bystander intervention .etc. We as a community must come together to eradicate such evils from the society to make it more functional. Not to deny the fact that women alone are not the sufferers of domestic violence, men also undergo such instances. However, the rates of abuse and violence directed towards women are much higher and the same was indicated by the statistics and figures projected during the lockdown. Thus, in this fight of pandemic, we also need to effectively address various layers of social and gender inequalities including violence against women.