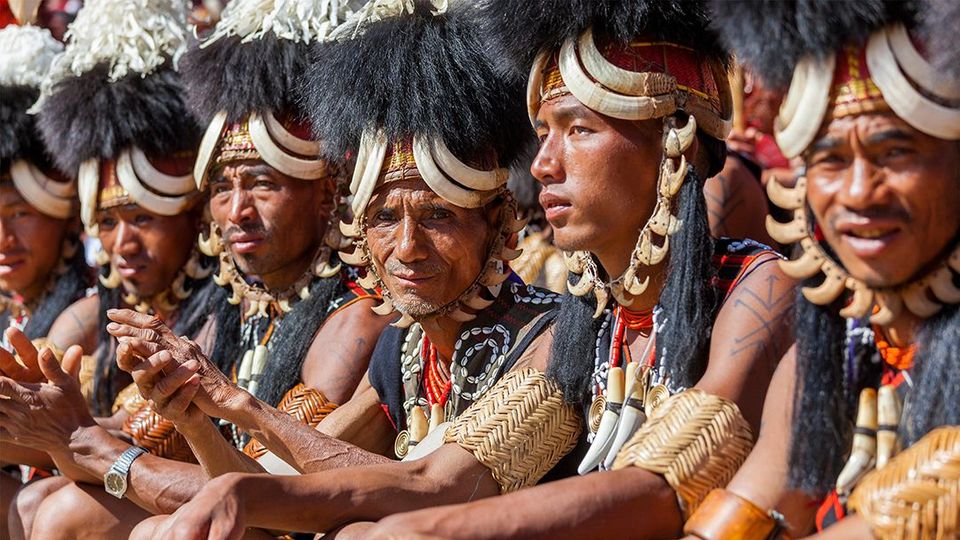 The word tribe means a group living in primitive conditions. India has the second largest tribal population after Africa. They are mostly spread in the forests and hilly areas. On the map they are concentrated over central India in general.

When the caste system got formed in India, the tribal section of the society was kept out of it because they were considered the lowest. They were always suppressed by the non-tribal people. They felt alienated and could not merge with the mainstream society for a number of reasons. We shall see them below in little detail.

The lack of education is a major reason behind the suffering of tribal people. They are nowhere near the modernised thinking. They still get pulled back by meaningless superstitions like black magic. Rituals like child marriage, animal sacrifice and exchange of wives are still carried out. These facts just push them away from the rest of the society, even if there is an intent to integrate them with non-tribes.

Since tribes always seemed to be backward, they were believed to be easily manipulated. There had been several instances in history where tribal groups got forced to convert in some religion, other than their own. The attempt made by some Christians during colonial rule of Britishers was one such incident. The end result of all this is that there is state of lot of confusion and conflict among themselves. This just widens the gap between the tribes and the rest of the people.

They lack the necessary information about the steps taken by government in their interests. This could be due to the geography of their location, info does not reach deep inside the forests and far on hills. They remain in dark, unaware about their rights and schemes that are being implemented for them and keep getting suppressed to carry out menial duties for the cunning opportunists as long as possible.

Their strong opinion that education is not a necessity but a luxury is itself a problem of the community. Among them hardly anyone could speak in a second language besides their mother tongue. This communication does not let them get along with those who are outsiders to the area they are familiar with and have a comfort zone. The attempts of government to hire a teacher who can teach them to communicate in other language end up failing due to their lack of efforts and interest.

Reports for the year 2004-05 from Lakdawala Committee and Tendulkar Committee stated that 27.5% and 37.2% population of scheduled tribes fall below poverty line respectively. Exploitation of tribes by outsiders is very common thing in the given situation. They simply agree to any sort of odd jobs and put themselves at risk because of unfair working conditions. They easily lose right completely over the resources of the land they have lived on for centuries. Mining is done extensively right at the place where they have established themselves.

Rights Given by Constitution

Right to equality is the most important fundamental right that every citizen has. In case of tribes, it protects them from discrimination as in untouchability or in any other form.

In order to empower the community, government gives reservations to them in job opportunities and educational institutions.

The government of India has reserved seats for them in Lok Sabha and State Legislative Assemblies, so that their concerns can reach to the higher authorities.

They have the right to own property in any part of the country.

They have the right to appoint commissioner to look after the welfare activities for them.

The State shall promote economical interests and education of SC and ST with special care.

The government has to give grant in aids to state government for approved welfare schemes for tribes.

The government prohibited transfer of land, it belongs to those tribes who have always lived there. Encroaching forests is also made an offense under the Forest Act.

It would not be right to say that no work has been done by the authorities. Both central and state governments have done together a decent job. However, it is always good to keep pushing forward as far as possible, so there is still scope to improve. As far as results are concerned, they have been average so far but they can get better exponentially if the support for the reforms comes from within the tribes.