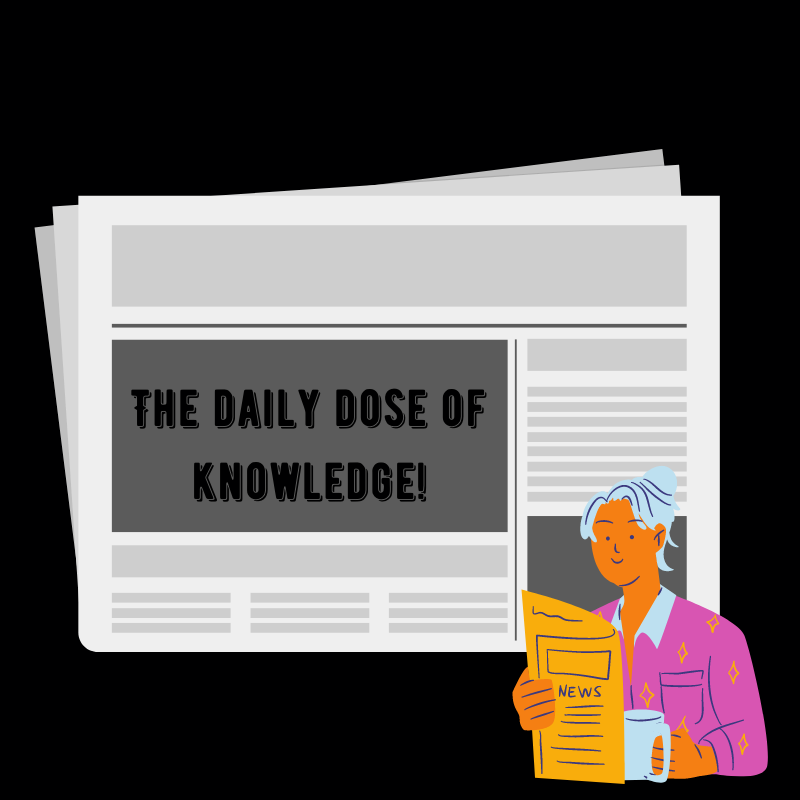 The word ‘NEWS’ has four letters. These stand for the four directions: North, East, West, and South. Reports from all four directions are presented as the ‘NEWS’. The paper on which the news is printed is called a ‘NEWSPAPER’. A newspaper has great social and educative values in modern society. It is one of the most common mediums of expressing views. Its principal aim is to impart information based on different views, in the form of articles and editorials. A newspaper plays a vital role in the social life of person. A newspaper provides knowledge from all the fields like business, sports, politics, art, new products, etc. It is also said that knowledgeable persons are powerful citizens because ‘knowledge is power’. A newspaper updates your knowledge daily because it is printed and distributed on an everyday basis. A newspaper is published by the publisher but before the publishing process, an editor has to check it. Editors have the daily responsibility of deciding which news stories are printed in the newspaper. The editor assigns reporters to cover the news as well as checks for accuracy and objectivity in the newspaper articles and headings.

The news columns of a newspaper supply its readers with data. A newspaper, in the present times, familiarizes us with the current news of our nation, international news, and the opinions of general public through articles, reader’s columns, suggestions, and criticism. Through newspapers, people can express their grievances and get them redressed. Social progress and education of the masses are aided by newspapers. The ideals of liberty and equality are expressed through the medium of newspapers. It also criticises the working and conduct of government, and suggest amendments. Newspapers serve as a very important means of communication between the government and people. It writes about ties, affinity, and concord between the opposition parties and ruling party. Government publicizes its policies and programmes through newspapers and thus seeks public opinion in a democratic way. Through newspapers, the development of trade and commerce is achieved. It is the best means of advertisement. The ‘wants column’ helps people to secure jobs and ‘matrimonial columns’ to secure life partners. Newspapers are also the best means of entertainment and education through its short stories, narration of historical events, religious doctrines, political speeches, and legal opinions and sports updates. It is quite clear that newspapers serve the society in many ways. It also help in shaping the destiny of a nation. But its misuse may cause great harm to the society. So, some caution is necessary in the selection of the proper newspaper for regular reading. Some newspapers cater to low tastes. It does great harm by creating communal feelings and dissatisfaction between the government and people. The nation’s unity is endangered by such newspapers.

At last, I would like to conclude that the newspapers enhance our knowledge. Let us develop the habit of reading newspapers daily because it is a very useful instrument. A good newspaper is the watch dog of democracy, society, and international affairs.