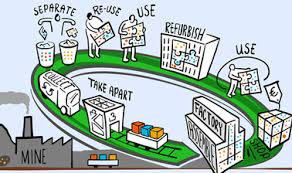 The overwhelming crisis of waste management

The world is progressing and it doesn’t seem likely that humans will stop at any point. The changing realities of today have brought a lot of problems forward. The crisis of overpopulation and over consumption of resources looms large. A series of interrelated ecological problems has also led to questions regarding waste management.The world generates 2.01 billion tonnes of municipal solid waste annually. There in a positive correlation seen between income and waste generation, thus as we progress, the waste will only increase with no proper waste disposal mechanisms in place. In India, about 377 million people live in 7,935 towns and cities that generate 62 million tonnes of municipal solid waste per annum. Only 43 million tonnes of waste is collected where 11.9 million tonnes is treated and 31 million tonnes dumped in landfill sites. Maharashtra generates maximum amount of solid waste which is about 8,238,050 million tonnes, but process only 44% of the total amount.

What is waste management?

Waste management can be defined as the collection, transportation, and disposal of garbage, sewage and other waste products. The process of waste management involves treating solid and liquid waste. The process also includes options to recycle items which are not trash. All commercial institutions and resident welfare associations are required to partner with the urban local body and segregate waste in different categories such as biodegradable, non- biodegradable, construction-demolition, domestic-hazardous, horticulture, sanitary, etc.

India faces a waste management crisis, even though majority countries in the west produce more waste than an average Indian does, we still end up with dirty streets. The problem lies at the source of collection. We have a cavalier attitude towards waste segregation and few people take time to segregate their waste. Even then, when people come to collect garbage from homes, all the waste in thrown together in one big pile. These people can often be seen without proper gear which puts them at risk of various diseases while disposing garbage.Streets can be seen being home to heaps of garbage which are ignored by the people until it starts to cause serious health concerns. Most of the waste is not properly treated and dumped into landfills. Most urban areas trade off having bins for dirty streets amidst concerns of the bin getting stolen. The places which actually have bins are seen to be overfilled that no one coming to collect the waste and in rainy season the situation worsens.

A waste disposal method that is very common in India is landfills. These are huge acres of land demarcated specifically for garbage disposal. Landfills in India pose numerous threats due to their unscientific design and indiscriminate disposal of waste. Landfills also pose health hazards due to them being a storehouse of virus and bacteria.

Ghazipur landfill site which is located on the eastern fringe of Delhi is becoming an increasing mountain of filth and garbage. It has also been said that this site could rise higher than the Qutub Minar and Taj Mahal in few years if no action is taken. Ghazipur was opened in 1984 and had reached its capacity in 2002, regardless of which truckloads of garbage were still dumped in that site. In 2018, a section of the hill collapsed due to heavy rains and killed two people. The dumping was to be discontinued after that, but due to the lack of any other suitable alternative, it continued. It is also a fire hazard due to abundance of methane gas which takes days to extinguish. It also gives out leachate, a black toxic liquid which goes into a local canal. Moreover, it causes severe air pollution and has contaminated the ground water. Inaction to resolve their problems has led to an exodus from the district.

Majority of the waste that we generate is organic. For example, 73% of waste generated in Mumbai is organic waste. A very easy solution to deal with organic waste is composting. The United States Department of Agriculture (USDA) defines composting as a process that works to speed up the natural decay of organic material by providing the ideal conditions for detritus-eating organisms to thrive. It doesn’t provide a simple solution to organic waste, but also leaves the soil enriched which reducing the need for chemical fertilizer and also encourages the production of beneficial bacteria and fungi to break down the organic matter to create humus.

A three bin system was launched in 2017 in Delhi’s national capital region (NCR) by voluntary organisation SAAHAS, as part of the ‘Alag Karo Har Din Teen Bin’ programme. The objective of the program is to establish and sustain segregation at source and develop capacities of the waste collectors to ensure high recycling rates in Gurugram. ‘Alag Karo’ is a collaborative initiative involving Government, private sector and civil society members. The programme seeks to highlight the different ways in which segregation can help; Segregation of is easy and crucial to effective waste management, it can help ensure resource recovery and reduce the amount of waste that goes to landfills and 90% of waste can be converted to resource by practicing source segregation. The segregation follows a simple division into three bins; the green bin for biodegradable waste (which includes kitchen and garden waste ), the blue bin for non-biodegradable waste and the red bin for domestic hazardous waste. Segregation has many benefits; it improves recycling potential of the waste, reduces the cost of processing waste and reduces pollution due to reduced burning and dumping of waste.

Measures to tackle the crisis

India can tackle the waste crisis by implementing the teen bin system nationally. Informal recycling by waste pickers can be made more organised by training and educating them. Providing them with proper gear will ensure that their safety is not compromised. Households and institutions must segregate their waste at source so that it can be managed as a resource. India, being a little ambitious can also follow the lead of Sweden which burns half of the country’s household trash in its waste to energy plants. Overcoming the obstacles to effective waste management requires partnered efforts of the government and the civil society, but it can go a long way in ensuring public health and a clean nation. Through dedicated efforts, we can realise the goal of a clean nation.