Your Pet May be Contributing to Climate Change. 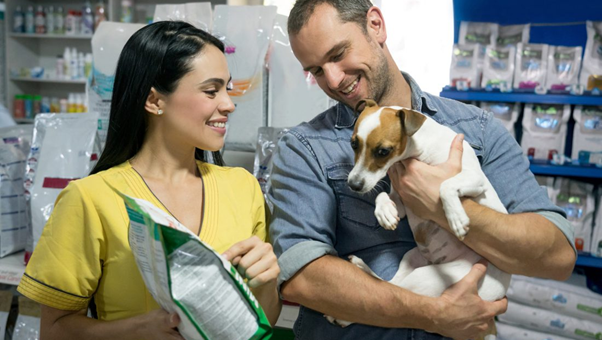 Pet owners know there's no bond like the one between you and your dog or cat. They're there for you whenever you need them, whether it's to cuddle, go on a walk or make you laugh. But, just like humans leave an impact on the environment, so do our pets. In fact, cats’ and dogs’ eating habits are responsible for dumping as many as 64 million tons of greenhouse gases into the atmosphere every year — roughly the equivalent of driving over 13 million cars! Here’s why:

Dogs and cats both eat meat-heavy diets, meaning they contribute to the consumption of animal products, the meat farming industry and all the pollutions, toxins and other emissions that it creates. Since our pets need the nutrients in animal products in order to have a healthy diet, finding a way to minimize their impact on the environment proves challenging.

1.     Caloric Impact: Since our cats and dogs produce waste and consume animal products, they clearly have some sort of impact on the environment — but how significant is it?

According to UCLA Professor Gregory Okin’s research, dogs and cats in US households create about 64 million tons of carbon dioxide and methane annually, which is the equivalent of the climate impact that 13.6 million cars create in a year.

In fact, if we took all our pets and made them their own country, they'd rank fifth in meat consumption, following only Brazil, Russia, China and the U.S.

On top of that, since dogs and cats consume more meat than the average human, our pets consume around 25 percent of the total calories derived from animal products worldwide.

2.    Impact of excrement: American pets are responsible for leaving behind about 5.1 million tons of feces each year, about the same as 90 million humans.

Having a pet leaves more of an effect on the planet than people may realise. While the solution, of course, isn't to get rid of our pets, eco-conscious pet owners do have a few options to minimize their impact. We know animals need more meat and animal products in their diet in order to support proper bodily functions, but establishing a plant-based diet for your pets is not quite as off-the-wall as it may seem. Here’s what you can do about this situation:

·        Adjust your pets' diet with guidance from a veterinarian: If you have found a more sustainable pet food option that you'd like to try, great! Be sure to do so under the supervision of your veterinarian.

·        Be smart about pet aftercare: Pet aftercare refers to the physical handling of a pet's remains after they pass away. Rather than burying your old friend in the backyard, consider having them cremated with their remains’ final resting place being in a decorative urn. You'll still have a symbol to remember them by, but without the negative impact burial has on the environment.

So, to all of us who own pets, let’s try to reduce the carbon footprint of our pets by diligently following these guidelines.