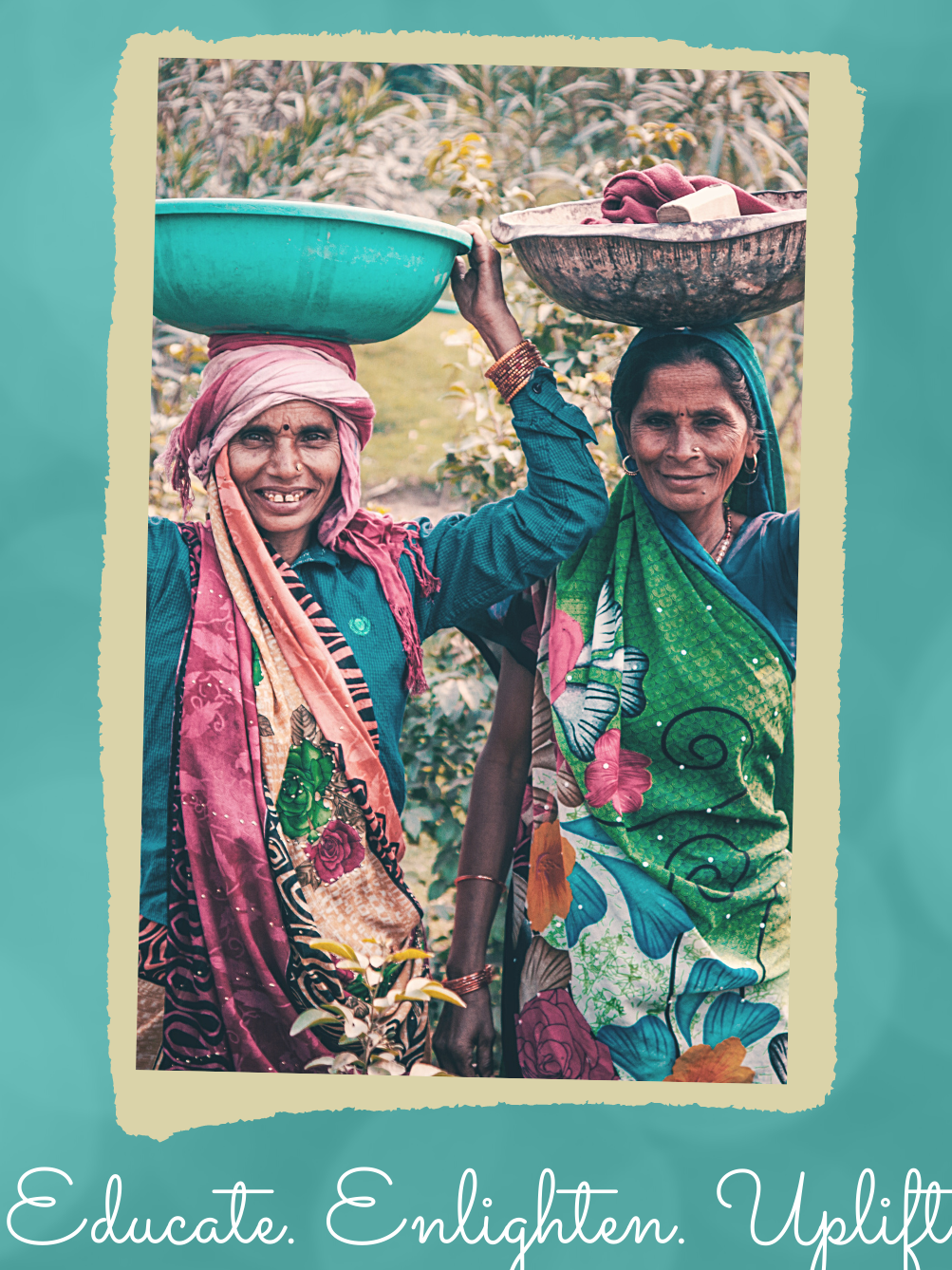 The PM Aawas Yojana, the Mid- Day Meal Programme, the abolishing of Triple Talaq etc. are the amazing initiatives by the Indian government. These schemes are very beneficial and important for our country. It will bring in opportunities and reforms in the society. India has launched Skilled India initiative to teach and train people in different kinds of skills, vocational courses, and arts. We are developing at a higher pace but why are we still not moving up at same pace? We have so many opportunities but why are we still facing unemployment, high illiteracy rate, female safety issues, homeless people etc.? Why we are not getting the expected outcomes?

The answer is that the information about these schemes is remains confined to urban areas. The rural population is unaware about these schemes, campaigns, and facilities. Neither they avail, nor are they given the benefits. The rural people don’t know about the policies made by the central and state governments. They are unaware of the subsidies and freebies they can avail.

There are 0.77 million homeless people in India, or 0.15% of the country's total population, according to the 2011 census consisting of single men, women, mothers, the elderly, and the disabled. More than 90 million people in India make less than US$1 per day, thus setting them below the global poverty threshold. The number of people living in slums in India has more than doubled in the past two decades and now exceeds the entire population of Britain, the Indian Government has announced. About 78 million people in India live in slums and tenements. 17% of the world's slum dwellers reside in India.

The Annual Status of Education Report (ASER) 2017 data found that only 68% toilets in government schools are usable. Despite the packages and provisions provided by the Swachh Bharat Swachh Vidyalaya campaign, which targeted to provide adequate number of toilets in schools, the effectiveness of the campaign remains quite questionable. The inadequacy of the supply of water and electricity, filthy quality of drainage system, and unavailability of budget for maintaining the same, have failed the motive of sound WaSH (Water, Sanitation and Hygiene) management in schools.

According to the FAO estimates in ‘The State of Food Security and Nutrition in the World, 2019' report, 194.4 million people are undernourished in India. By this measure, 14.5% of the population is undernourished in India. Also, 51.4% of women of the reproductive age between 15 to 49 years are anaemic. Further, according to the report, 37.9% of the children aged under five in India are stunted (too short for their age), while 20.8% suffer from wasting, meaning their weight is too low for their height. The Global Hunger Index (2018) ranks India at 103 out of 119 countries on the basis of three leading indicators -- prevalence of wasting and stunting in children under 5 years, under 5 child mortality rates, and the proportion of undernourished in the population. It is crucial to know that 34 infants out of 1000 born suffer death before their delivery. Nine lakh children below the age of five die much before they can know the meaning of life and approximately 19 crore people in the country are compelled to sleep on an empty stomach.

The government has successfully built the infrastructure in urban areas but has been a failure in doing the same in rural areas, where 70% of our population lives. However, the present infrastructural facilities for providing health care in rural India is going good but unfortunately, the quality and quantity of availability of health care facilities is far less than the figures and norms defined by World Health Organization. Union Ministry of Health and Family Welfare figure of 2005 suggests a shortfall of 12% for sub centres (existing 146,026), 16% of Primary Health Centres (PHCs) (existing 23,236) and 50% Community Health Centres (CHCs) (existing 3346) then prescribed norms with 49.7%, 78% and 91.5% of sub centres, PHCs and CHCs located in government buildings and rest in non-government buildings respectively requiring a figure of 60,762, 2948 and 205 additional buildings for sub centres, PHCs and CHCs respectively. There is an 82% shortfall in total surgeons, obstetricians, gynaecologists, physicians, and paediatricians across CHCs in India, according to the government’s Rural Health Statistics (2017). National surveys indicate that less than half of the households approach government medical institutions. Poor healthcare quality, absence of facilities nearby, and long waiting times are common. Only 11% sub-centres, 13% PHCs, and 16% CHCs meet the Indian Public Health Standards.

These data and statistics can show the real status of Indian villages. We know that there is Swachh Bharat Abhiyan in which a campaign of Har Ghar Shauchalaya was initiated. It gave every house Rs. 12,000 for the construction of toilets. Still, why couldn’t girls go to school due to the lack of toilet facilities? Every rural family is given Rs. 2,00,000 for the construction of a house with two rooms, kitchen and toilets. Then why are millions of people still homeless? We have Ayushman Bharat, Asha activists, Aanganwadi etc. Then, why do so many people die because of the lack of medical facilities and infant mortality? There is distribution of grains, cereals for Rs. 1 per Kg and ration cards to get the food and groceries at minimal rates. So, why do so many people die of hunger and starvation?

Why could these schemes not reach the villages?

The prime reason is the lack of awareness of their rights. Only launching and announcing the schemes won’t work if there is no proper implementation. While there is facility of free education, many people lack the information about this. The lack of awareness of the duties of doctors, the hospital instruments, the facilities for pregnant women and infants etc. make them prohibit them from availing the facilities. They remain oblivious about the schemes made to benefit them. The lack of awareness and insufficient disbursement of the scheme guidelines are the reasons of scheme failures in the rural parts of India.

Secondly, the corrupted system prevailing in the country does not allow them to know about and make use of the benefits. According to the latest official data given by the government in the Parliament, Rs 69,782 crores have already been spent by the Union and State governments in last three and a half years for building 9.21 crore toilets in the rural areas of the country. It was found that in rural areas, there were 71.3% of households with access to a toilet: even less than three-quarters. Out of the households that did have the access, 3.5% never used it. While the toilets were to be made compulsorily, many people used the fund to make a shop, room, rental room etc. Unfortunately, the officials hired to check the construction and usage of toilets were bribed. This is how we are still lacking the facilities of toilets in private as well as public spaces.

We all know that education is free and compulsory but the state government schools are exposed every day about the non-skilled teachers, absenteeism of teachers, and the lack of infrastructure and inventories. The next problem is with the mid-day meal: the crucial scheme is unable to curb hunger as the food is made up of very low quality. Many a times it is been seen that grains are of bad state, cooked meal has insects, rats in it. All this shows the inadequacy of the system to implement the schemes on ground. The Aawas Yojana was exposed as a scam because the officials had taken bribe to give the approval on houses. Therefore, Rs. 2,00,000 could not even reach the poor people and they had to build the houses with much difficulty.

Other reason is the lack of cross-checking in rural areas. The officials, contractors, vendors, etc. make the scheme a way of extortion and bribe. These things are exposed multiple times by the media houses but the government does not try to inspect and keep a surveillance over these aspects. Temporary steps of suspension, new tender release, are taken but then, no one cares to follow up. The government do not take the feedback on the ground.

The schemes are implemented by giving tenders to private companies, outsourcing, and contracts. Now, the ration shops are free to do anything as they are not directly under the government’s control. They make excuses about stock insufficiency and charge high prices on groceries. They make it look like a situation of high demand and no supply. Also, it is being seen that ration shops smuggle groceries. They sell the stock to shops and people at a much high price. The system is failing due the corruption and ignorance of people about the interests of poor and vulnerable people. The selfishness and greed overpower the will to help and participate in social causes.

The schemes do not take into account the action plan that can fit well in the rural parts. The overall structure is created but they lack customized action plans to implement the schemes effectively. India has different geographic and demographic parts that need varied strategies to help them and make them capable.

How to Make these Schemes a Boon for the Villages?

·        Appoint activists by outsourcing and sending them in villages and rural weekly market to announce the schemes and its benefits. The village Panchayat office must have at least a few activists for thenresolution of queries.

·        Make a helpdesk in the Panchayat office to keep an eye on the corrupt system. Systematically changing the staff and creating a report on daily queries, problems, and performance.

·        Create a system to keep surveillance on the implementation of schemes; make it clear and transparent. The team must create action plans as per the needs of that particular area.

·        Educate people and make them believe that there is a certain tier process to help them to get their rights.

·        Inspect the private tenders. Also, the vendors, contractors, ration shopkeepers should be covered and checked by the artificial intelligence, CCTV and physical booking of the daily report.

·        Question the condition of the area with hunger and less toilets. Punish those in power to make them understand the importance of their duty. At the same time, reward the ones with good performance and growth must be rewarded to appreciate their efforts.

·        Make a simple telecommunication system of helpdesk with executives who can speak in local languages, guide about the schemes, and help them to get the benefits.

In conclusion, India cannot develop until our villages develop. The latter are the backbone of our country. Spread awareness and make the schemes a boon for the underprivileged section. Make it a big hit by helping those in need, through these schemes.